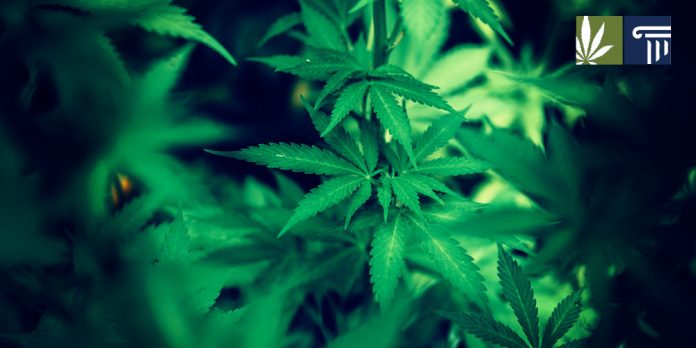 South Dakota voters will have their say on whether to legalize and regulate adult-use marijuana in the November 2020 ballot.

The South Dakota Secretary of State’s Office announced it has officially approved the proposed constitutional amendment after validating a sample of the necessary petition signatures supporting the initiative.

The 2020 adult-use ballot question will now be the second marijuana-related proposal put to voters in November. State officials approved a medical cannabis question for the 2020 ballot last month. Medical cannabis reform is long overdue in South Dakota as one of only three states not to have passed any legislation to enable access to medical cannabis or its CBD derivatives.

“South Dakota will become the first state in American history to vote on both medical marijuana and adult-use legalization initiatives on the same ballot,” said Matthew Schweich, deputy director of the Marijuana Policy Project (MPP).

If approved by voters, the adult-use measure would allow individuals aged 21 and older to possess and buy up to an ounce of marijuana, grow up to three plants, and establish a regulatory system for marijuana retailers. The South Dakota Department of Revenue would be charged with issuing licenses for manufacturers, retailers and testing facilities. Revenue generated through a 15 percent sales tax would fund the program’s implementation, public education and the state’s coffers more generally.

The news was welcomed by marijuana reform advocates such as MPP’s Sweich, who has little faith in the willingness of lawmakers to effect such change without pressure.

“The adult-use legalization initiative will greatly benefit the people of South Dakota by ending the injustice of arresting otherwise law-abiding adults for marijuana offenses. It will focus law enforcement resources on fighting serious crime, generate new tax revenue for the state, and create jobs,” said Schweich, one of the key architects of the petition drive.

“At this point, it appears increasingly unlikely that Congress will pass legislation this year to fix our nation’s broken federal marijuana laws. Therefore it is crucial that our movement win as many ballot initiative campaigns as possible this November and increase the pressure on Congress to take action. That is how we will ensure success at the federal level in 2021,” he added.

While advocates are confident of success on both fronts, many expect resistance from Republican Gov. Kristi Noem, who is opposed to cannabis reform and vetoed a hemp legalization bill last year. Her party went so far as to urge South Dakota residents in a Facebook post not to sign ballot petitions while both measures were in circulation last September.

“As you and your families enjoy the State Fair and other activities this Labor Day Weekend, please be aware of the liberal groups circulating petitions to upend our redistricting system and change our laws,” the post read. While not mentioning marijuana explicitly, two of the four petitions in circulation concerned cannabis reform.

The 2020 ballot is shaping up to be a pivotal one for the marijuana reform movement across the U.S. New Jersey will have a marijuana legalization question on its ballot, while activists in Mississippi are awaiting confirmation from the secretary of state after securing far more than the required number of signatures for their medical marijuana initiative.