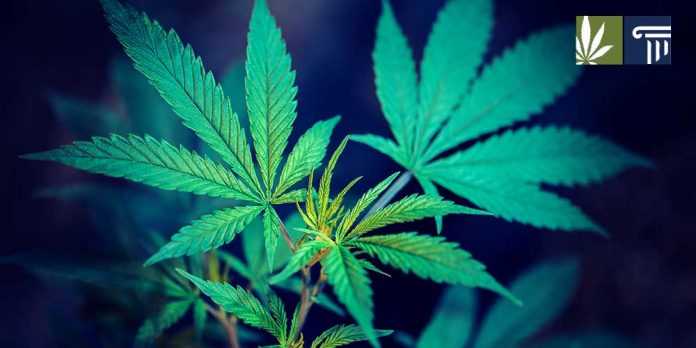 All across the U.S., an unparalleled number of states are deliberating bills that would enable licensed sales of cannabis or at least allow medicinal use. However, at the federal level, marijuana is still illegal from coast to coast.

But changes in the federal law may soon become inevitable, as pressure mounts across the nation.

“I don’t think that we’ve ever been in a better place,” said Morgan Fox, the media relations director for the National Cannabis Industry Association (NCIA), a trade advocacy group.

Both in the Senate and the House of Representatives, legalization advocates are working on bills including banking reform, criminal record expungement, updates to medical marijuana uses, and allowing doctors to prescribe cannabis instead of opioids. According to a 2018 Gallup poll, an unprecedented 66% of Americans now support marijuana legalization.

However, the Federal Controlled Substances Act (CSA), still lists cannabis as a Schedule I drug, a category reserved for substances judged to have no medical benefit and a high potential for abuse.

“I think it should be de-scheduled altogether,” said Roseanne Scotti, the state director for the New Jersey Drug Policy Alliance (DPA), a legalization advocacy group. “Certainly, removing it from Schedule I would be a step in the right direction.”

She considers states to be laboratories of innovation, which can influence federal policy.

“The reality is it’s eventually going to become impossible for the federal government to maintain its position,” Scotti said.

Legal, taxed, and regulated marijuana is already accessible to millions of Americans. Most expect that the trend will continue. Ten states plus Washington, D.C., have authorized adult-use marijuana and 33 states allow medical cannabis use.

The debate has shifted from referendum questions to the U.S. Capitol and to the legislatures around the country. The first state to legalize through legislative action instead of a ballot question was Vermont, when Republican Gov. Phil Scott signed Act 86 into law on Jan. 22, 2018.

New Jersey Democrats are expected to approve SB 2703, the New Jersey Cannabis Regulatory and Expungement Aid Modernization Act that would allow adult-use of marijuana. A pro-legalization governor Phil Murphy and majorities in the statehouse are fighting for the last votes necessary for passage.

Democratic Gov. Andrew Cuomo has presented a plan for legalization in New York, while other lawmakers are preparing their own proposals, such as Assembly member Crystal Peoples-Stokes.

Other states considering legalization in 2019

One report suggests that Connecticut, Illinois, Minnesota and New Hampshire are among the states that could see new adult-use laws in 2019, while Maryland and New Mexico have introduced new bills recently.

“A number of states are considering ending prohibition this year. If just half of them move forward it will send a very strong message to Congress,” said Mason Tvert, spokesman for the Marijuana Policy Project (MPP). He sees considerable momentum for federal changes this year.

“The more states that enact laws regulating for adult use, the more support we see among members of Congress and the greater the sense of urgency that we need to take action,” he said.

Tvert hopes for banking reform and protections for the up-and-coming industry in the near future. Some steps have already been taken, as a House Finance Subcommittee looked into banking issues related to the cannabis industry on Feb. 13, 2019.

The MPP will advocate for protections for interstate commerce and the reform of Section 280E of the federal tax code, concerned with tax deductions for businesses trading in Schedule I or II controlled substances. Companies operating in the cannabis industry cannot deduct any expenses from federal taxes, unlike other businesses.

Additionally, banks are often hesitant to handle accounts from the industry, as they could face federal charges of money laundering, a threat that looms over every legal cannabis purchase and every cash deposit.

“We’ve not seen banks face any sort of penalties for doing business with cannabis companies, but they still perceive the risk to be too great in many cases,” Tvert said.

It’s the second cannabis reform bill in Congress to carry that number. Wyden’s bill proposes an excise tax for state-legal cannabis producers and regulation of the industry similar to that in place for alcohol.

With the idea of legalization becoming less taboo, and increasing numbers of legislators and advocacy groups supporting it, restrictive marijuana laws are unlikely to return.

According to the NCIA, most federal penalties for cannabis businesses that are in accordance with state law, could be removed through a package of cannabis policies. The organization refers to the Marijuana Revenue and Regulation Act, and the Responsibly Addressing the Marijuana Policy Gap Act, which could produce such initiatives, while addressing other issues. The Small Business Tax Equity Act would amend section 280E of the tax code.

“Momentum is clearly building for comprehensive cannabis policy reform in Congress, and this legislation will help push lawmakers closer to ending federal prohibition in the near future,” said Aaron Smith, executive director of the NCIA. “It is time to let states determine their own cannabis policies without fear of interference and allow regulated businesses to replace the illicit market.”