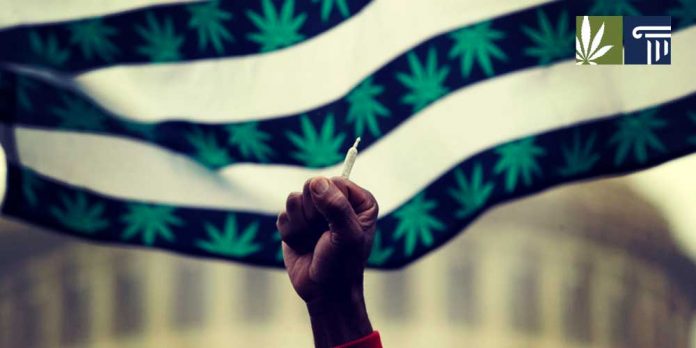 This November, four more states may become legal. Two states have ballot measures that if approved will make adult use legal: North Dakota and Michigan. Two other states—Missouri and Utah—have medical marijuana initiatives on the ballot.

In North Dakota, a grassroots group, Legalize ND, has gathered enough signatures to place Measure 3 on the ballot. The group, headed by David Owen, collected 14,637 valid signatures in a state with a population of 672,591. State law requires that 2 percent, or 13,452, of its people sign a petition to place an initiative on the ballot.

Measure 3 would legalize the recreational use of marijuana by those twenty-one and over and provide for automatic expungement of marijuana convictions. Moreover, if a record is not properly expunged, the person affected has the right to sue the state. The initiative also sets no limits on how much an individual can possess or grow. Further—perhaps just to make things clear to law enforcement—the initiative also broadly legalizes paraphernalia and “marijuana-related activity.” Finally, the initiative establishes criminal penalties for providing marijuana to those under twenty-one.

According to a poll conducted by Kitchens Group, a plurality of voters in the state favor passage of the initiative.

In Michigan, 61 percent of voters currently approve of legalizing adult use. The Coalition to Regulate Marijuana Like Alcohol is the group behind the initiative. It is titled the Michigan Regulation and Taxation of Marihuana Act. The act allows for the cultivation and sale of marijuana (and industrial hemp) by people 21 years old or older. As stated in a press release issued by the coalition, the initiative “proposes a 10 percent marijuana excise tax at the retail level, which would be in addition to Michigan’s standard 6 percent sales tax.” The measure is expected to generate an estimated $100 million in revenue for the state. It also provides for the creation of regulations and administration for the new market and for penalties for violations of the act.

It would be a violation of the act to operate a vehicle while using or under the influence, transfer marijuana to someone under twenty-one, consume marijuana in public or at a school, grow plants where they are visible to the public, or have more than 2.5 ounces at home that are not under lock and key.

In Missouri, three separate initiatives will appear on the ballot. If two or three pass, the one that receives the most votes will become law. Not long ago, it seemed very unlikely that any sort of legalization would happen in red states. Legalization in West Coast states, however, has demonstrated that little or no social or crime problems result, and arguments favoring states’ rights and the needs of veterans with PTSD and chronic pain issues to have the option of medical marijuana have resulted in red-state voter support of legalization that is set to overcome the continuing reluctance of politicians to appear soft on crime. According to Forbes, in a “2016 survey…62% of Missouri voters supported” a medical marijuana initiative, “with just 27% against.”

The initiative sponsored by New Approach Missouri is very comprehensive, with provisions that allow doctors broad discretion in making recommendations, different means of access (vendors and home grows), taxation that benefits veterans, seed-to-sale tracking, a full regulatory framework, and quick implementation. Another initiative would amend the state’s constitution to legalize and tax medical marijuana at 15 percent, with the tax revenue going to support medical research. A third would tax medical marijuana at 2 percent, with revenue to go to veterans.

In Utah, polls indicate that a medical marijuana initiative, Proposition 2, are likely headed for success, despite the efforts of the Mormon Church. About 60 to 66 percent of voters support medical legalization, according to two recent polls. The Utah Patients Coalition is behind Proposition 2. The initiative would allow “terminally and seriously ill patients with specific debilitating medical conditions” to use marijuana under a doctor’s recommendation; allow caregivers to help in obtaining and administering the drug; set up a licensing system for dispensaries, cultivation and processing facilities, and testing labs; and establish prohibitions similar to those in other legal states.

What do you think? Which initiatives will pass in November? Leave a comment below.