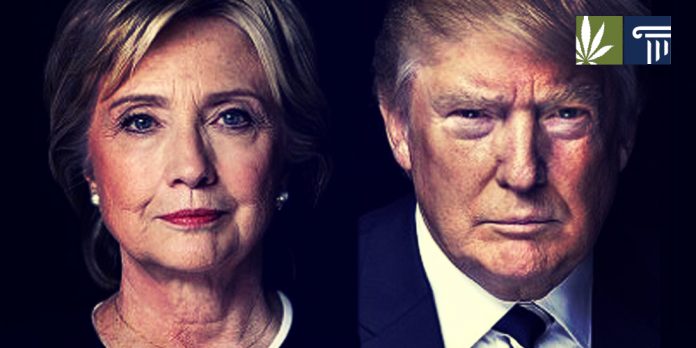 Marijuana reform is hugely important to American voters, yet the subject has rarely come up in this year’s presidential contest.

That’s largely because the race has been dominated not by policy discussions but by the personalities of the candidates – specifically the GOP nominee, Donald Trump. The erratic businessman has crowded legalization out of the public debate by the sheer volume of his inflammatory comments.

It remains to be seen whether that’s a good or bad thing for cannabis advocates, industry players, and stoners.

Several states will decide on legalization at ballot box

Voters in several states will decide on Election Day whether they want to legalize cannabis for recreation. California, home to 38 million people, is among them, and opposition to the idea is weak among the state’s voters. A lack of national attention on the vote there could make it even harder for opponents to raise the money they need to fight legalization.

On the other hand, it could be harder to get young, pro-pot voters to the polls if they don’t realize legal marijuana is on the ballot. Studies suggest this isn’t usually a decisive factor in legalization initiatives, but it could make a difference in states where the vote is especially close.

But whether silence on the future of marijuana reform ultimately helps or hurts the cause, the actual outcome of the presidential race is incredibly important. For stoners, the election boils down to a choice between slow, gradual reform versus near-total uncertainty and the potential for disaster.

Neither candidate will fully commit to reform

Few hardcore stoners would name former Secretary of State Hillary Clinton as their No. 1 choice to serve as the 45th president. But the alternative could be much worse in the end.

Clinton won the Democratic nomination in July and has run a quiet campaign ever since. She is saturating the airwaves with ads but otherwise playing a low-key game. There’s a simple reason for this: Trump is having a nervous breakdown mid-campaign, a downward spiral that has taken attention away from Clinton and her otherwise obvious political weaknesses.

Trump has a history of supporting legalization, but he also has a history of opposing it. In a 1990 interview, he said the drug war had failed and would only end with the legalization of all drugs. But he reversed that position in a speech to a conservative group 25 years later, saying he wouldn’t allow legal pot as president. 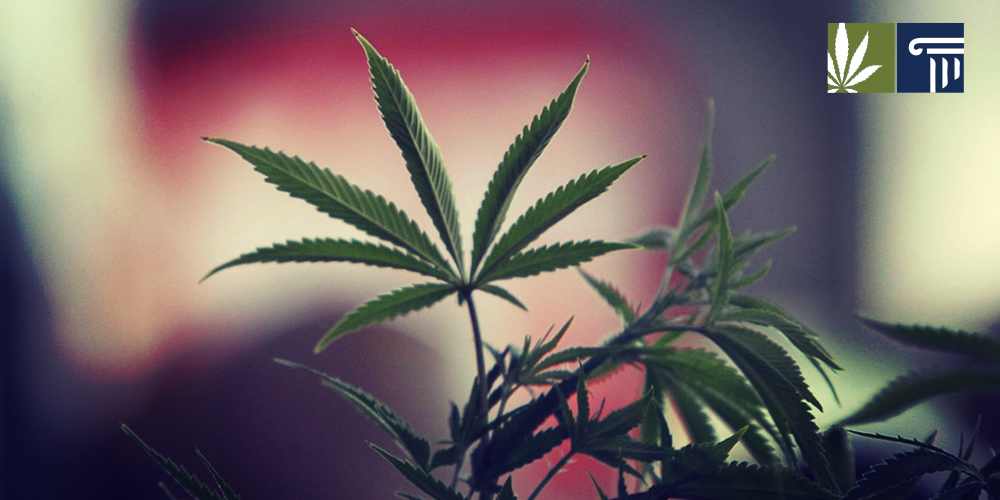 ”I think it’s bad, and I feel strongly about that,” he said in 2015. “They’ve got a lot of problems going on right now in Colorado, some big problems.”

Trump was then asked specifically whether he backs states’ right to legalize marijuana without federal interference. He gave a characteristically vague answer – “If they vote for it, they vote for it” – and later backed away even further: “In terms of marijuana and legalization, I think that should be a state issue, state-by-state,” he said in October.

So it’s possible Trump would push reform as president. It’s possible he wouldn’t. And it’s possible he could chart a nonsensical, inconsistent course on the issue, leaving medical marijuana patients, doctors, and potheads in the lurch.

Clinton has kept quiet on the issue

Clinton’s position is boring and slow. She favors medical pot and wants to reschedule the drug so it can be studied further and prescribed under federal law. And she has said she’ll keep an “open mind” about full legalization but believes more research is needed first.

That’s a pretty typical position for a center-left Democratic politician. The party officially supports a “reasoned pathway to future legalization” under a new administration, and Clinton shows no signs of undermining that policy. “Typical” may be boring, but it’s also dependable.

Trump can’t be trusted, on legalization or on anything else. He almost never means what he says, and even if he ever does, none of it will make sense anyway.

Tell us what you think: Who would be best for the future of cannabis reform, Donald Trump or Hillary Clinton? Why? Leave a comment.