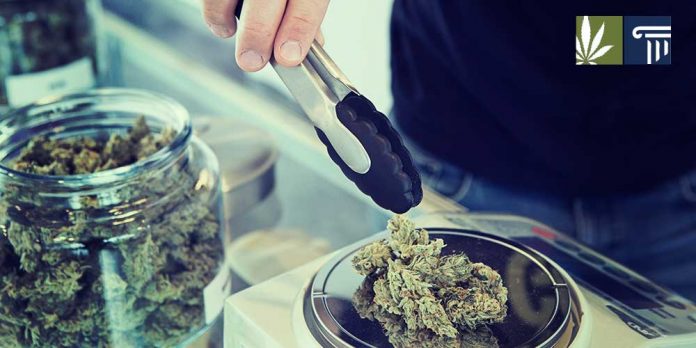 Legal cannabis dispensaries may lead to decreased criminal activity in the surrounding area, according to new research published in the journal Regional Science and Urban Economics.

The study, carried out by two senior economists affiliated with the Federal Reserve Bank of Philadelphia, focused on the association between the presence of retail marijuana dispensaries and incidences of neighborhood crime in Denver, Colorado.

Their analysis suggests, contrary to frequent assertions of marijuana prohibition advocates, that legal marijuana retailers encourage a reduction of criminal activity in the shop’s vicinity.

“[A]n additional dispensary in a neighborhood leads to a reduction of 17 crimes per month per 10,000 residents, which corresponds to roughly a 19 percent decline relative to the average crime rate over the sample period,” the authors write.

Most of this reduction is found in cases of non-violent criminal activity.

Colorado legalized marijuana sales in 2014. The study’s authors therefore collected crime-related data covering the period January 2013 to December 2016 to determine how they have been affected by the change in marijuana’s legal status and the new presence of cannabis dispensaries on Denver’s streets.

The researchers conclude that their findings support pro-reform arguments which claim legal marijuana businesses would make it more difficult for organized criminals to operate.

“Overall, our results suggest that dispensaries cause an overall reduction in crime in neighborhoods, with no evidence of spillovers to surrounding neighborhoods. … Our results are consistent with theories that predict that marijuana legalization will displace illicit criminal organizations and decrease crime through changes in security behaviors or substitution toward more harmful substances. … Lastly, there is no evidence that increased marijuana use itself results in additional crime.”

This new research adds to a growing body of work which conclude that regulated marijuana sales do not correspond with increases in criminal activity.

Other studies looking at the impact of marijuana dispensaries on surrounding communities have concluded that they may help to increase the value of property in the area.

Another suggested that the closure of marijuana dispensaries in Los Angeles was followed by an increase in localized criminal activity.

The abstract of the new research, “Not in my backyard? Not so fast. The effect of marijuana legalization on neighborhood crime,” can be found online here.