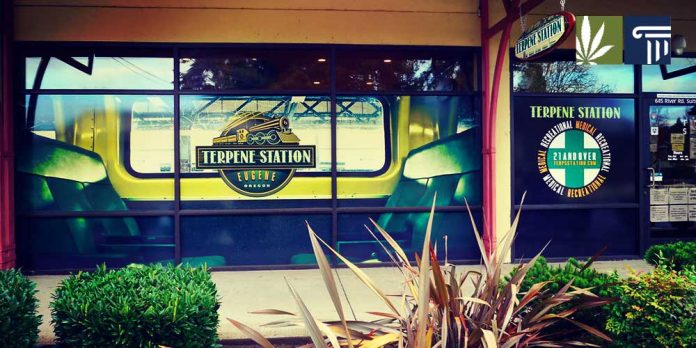 Contrary to widespread fears, cannabis dispensaries improve public safety, health and even increase nearby property values, according to a new literature review published by Leafly.

Sadly, imagined fears all too often trump facts. Local municipal officials generally have the power to decide whether or not to allow or prohibit marijuana dispensaries from opening in their jurisdiction once a state legalizes cannabis sales.

Debates on the issue before it comes up for vote frequently center on law enforcement fears about crime increases, parents concerned that their kids will access cannabis all too easily, and real estate agents warning of drops in surrounding property values.

These fears play out in the discrepancy between support for legalization and support for a local dispensary. Pew Research found that 75 percent are in favor of the former, while only 50 percent support the latter.

Leafly’s review of 42 key studies, involving a team of data analysts, researchers, and editors, calls into question the assumptions that frequently result in the complete ban of cannabis stores within a given municipality.

From a broad selection of published research, they found that crime near licensed dispensaries has generally remained the same or decreased, that legalized states have seen a fall in teenage cannabis use since legalization, and that property values near dispensaries are unaffected or even increase.

Still, fears surrounding local cannabis stores have led many towns, cities, and counties to prohibit them, leaving millions of adults who live in legalized states unable to legally purchase marijuana. Leafly summarizes the situation as follows:

In Colorado and Washington, where adult-use cannabis sales have been legal the longest, there are signs that attitudes towards cannabis stores are starting to change, with many local officials now arguing for the benefits of well-regulated stores. There are also more years of data to back up Leafly’s claims that dispensaries are not harmful to the surrounding community.

According to Ron Kammerzell, former senior director of enforcement at the Colorado Dept. of Revenue, cannabis stores “are tremendous employers and socially responsible members of the communities in which they operate.”

Whether or not to permit a cannabis store from opening locally is a decision more and more local municipalities will eventually have to make. Leafly intends to take their findings to elected officials, legislative aides, activists, industry groups, and researchers across the country to better inform civic debate.

“We can all have different opinions, but we have to work from the same set of facts,” said Leafly CEO Tim Leslie. “These discussions should be informed by the best available research, not imagined fears and archaic mythology.”