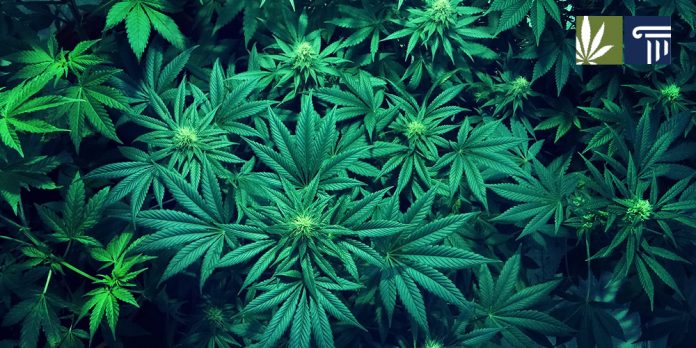 States that legalize marijuana do not cause a “spillover effect” in neighboring prohibition states by impacting law enforcement resources, according to a new federally-funded research paper.

The study, paid for by the U.S. Department of Justice, tackles three questions concerning the relationship between state-level marijuana legalization and criminal justice resources in those states and neighboring ones where the drug remains illegal.

To answer these questions, the paper’s authors looked at state-level data on marijuana-related arrests in both legal and neighboring illegal states. They included eleven states in their analysis, and their findings suggest that legalization’s impact was negligible.

“Legalizing marijuana did not have a noticeable impact on indicators in states that bordered those that legalized,” the study concluded, adding that “there were no noticeable indications of an increase in arrests related to transportation or trafficking offenses in states along the northern or southern borders.”

This conclusion chimes with the opinion of the U.S. Supreme Court, who declined to take on a case brought forward by Nebraska and Oklahoma. Those states argued that neighboring Colorado’s legal marijuana program was straining their law enforcement resources by flooding their jurisdictions with illegal cannabis.

NORML Executive Director Erik Altieri welcomed the reports findings as further proof that the federal government must pursue marijuana legalization across the country.

“This federally funded report is further evidence that legalizing and regulating marijuana works largely as intended. It reduces arrests, and it does not lead to increased youth use or a rise in serious crime, and with these latest findings it is clear that these policies are not adversely impacting bordering states. It is time to let science and facts dictate public policy and end prohibition nationwide.”

Though the Department of Justice funded the research, they are keen to distance themselves from its findings. Throughout the report, including on its title page, reads a disclaimer emphasizing that the “[o]pinions or points of view expressed are those of the author(s) and do not necessarily reflect the official position or policies of the U.S. Department of Justice.”

While the full text of the 49-page report is available online, it is yet to be published. Altieri commented that this was “unsurprising,” as federal agencies typically do not want to distribute findings that are at odds with federal drug law and policy.