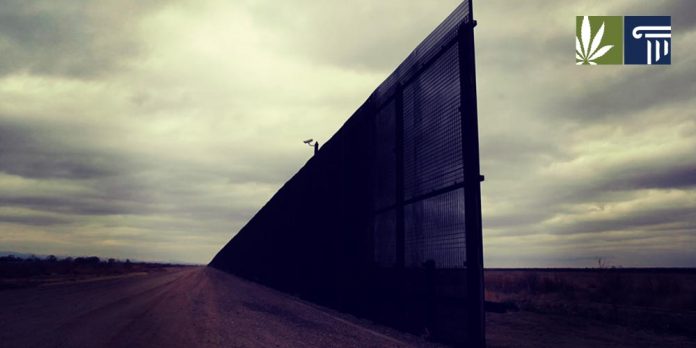 According to a research report published by the Royal Economic Society, crime has gone down in U.S. southern border areas that have legalized medical marijuana. The study made use of significant amounts of crime data gathered by local agencies and the FBI over many years to show that the violent crime rate had reduced an average of 13 percent in counties where medical marijuana was obtainable. Similar decreases did not occur, however, in inland states, although the study credits the legalization of marijuana in inland states with a share of the reduction in the border states. The study argues that the reduction in violent crime in border areas is the result of the economic disincentive for violence by Mexican drug trafficking organizations.

The economic argument is simple: because guns and shooters are expensive, violence costs money. But where marijuana is available in many places with less legal risk, the economic incentive to defend territory, especially by such expensive means as violence, decreases. The report notes that the “reduction in crime is strongest for counties close to the border (less than 350 kilometres) and for crimes that relate to drug trafficking.” In other words, among the crimes reduced the most were robberies and murders, and the closer to the border the more notable the drop in crime.

According to the report, robberies were down 19 percent and homicides decreased 10 percent. Even more impressive, homicides related to the drug trade dropped 41 percent. One reason given for this decline is that where, under local law, it is legal to grow marijuana, local farmers can provide for the demand, lessening the need for the expense of smuggling and adding another disincentive for the participation of criminal organizations. The report was authored by two professors and one graduate student of economics.

The power of economics is not just reducing crime in border states. Newspapers recently published stories saying that former Republican Congressman John Boehner, who until recently was “unalterably opposed” to decriminalization of marijuana, has joined Acreage Holdings, a marijuana growing company with business in eleven states. Joining Boehner as another recent convert to legalization is Democratic Senator Dianne Feinstein, who until recently opposed legalization.

Although Jeff Sessions, the attorney general of the United States, remains opposed to changing federal marijuana law, a majority of Republicans now support legalization. According to a recent Gallup poll, support for legalization among Republican voters recently reached 51 percent, a first. Gallup indicates that this new majority is the result of a dramatic nine-point change from the previous year. As Gallup summarized: “Jeff Sessions could find himself out of step with his own party if the current trends continue.”