Not only do most Americans think the federal government should legalize marijuana but support for adult-use cannabis legalization is a bipartisan position, according to latest polling.

Six in ten respondents to a survey carried out by progressive think-tank Data for Progress said the federal government should end cannabis prohibition and allow legal sales of marijuana to adults by licensed businesses. Broken down along party affiliation lines, support for marijuana legalization stands at 69 percent among Democrats and 54 percent among Republicans.

As the report’s authors put it:

“Our polling shows bipartisan support for meaningful legislative marijuana reform that would legalize marijuana and begin to address the intergenerational harms wrought by racially disparate and selective enforcement. Voters support legalization — including delisting marijuana in the Controlled Substances Act (CSA) — and they also support policies to economically empower the communities that the War on Drugs has disproportionately targeted and devastated.”

Interestingly, support for legalizing cannabis sales jumps to 60 percent among Republicans and 62 percent overall when respondents were presented with the proposals put forth in the Marijuana Opportunity Reinvestment and Expungement (MORE) Act. The bill, sponsored by Democratic vice-presidential nominee Kamala Harris, would remove marijuana from the Nixon-era CSA, encourage expungements of marijuana-related convictions, and set a tax rate of 5 percent on marijuana sales to fund various social equity programs.

The MORE Act was approved by a key congressional committee last year – the first time in US history that a piece of legislation to legalize cannabis received congressional approval. In recent weeks, rumors have been circulating that the MORE Act is heading for a full floor vote in the US House of Representatives in September.

NORML’s political director, Justin Strekal, said the survey underlined the need for a House vote on the MORE Act.

“As pressure on Congress continues to grow, now is the time for House leadership to publicly declare that they will hold a vote on the MORE Act prior to the upcoming election. It’s that simple,” Strekal said.

For Miriam Aroni Krinsky, executive director of Fair and Just Prosecution – one of the organization’s behind the polling report – the responses show Republicans are now very much behind the idea of taxing and regulating cannabis sales along the same lines as alcohol.

A majority of respondents, whether Democrat or Republican, also supported the idea that revenues raised through cannabis sales taxes should be reinvested in communities most adversely impacted by marijuana prohibition – 63 percent overall, with 59 percent of Republicans sharing this view.

Survey respondents were even more supportive of the idea that the federal government should “respect the rights of individual states that have already legalized marijuana sales and not pursue legal action against them.” This position attracted 78 percent support among Democrats and 67 percent among Republicans.

Other recent polls have shown majority support for marijuana legalization among American voters is now a consistent finding, while another survey published in May revealed most Americans believe measures to legalize cannabis have been a success in those states which have done.

In an era of fiercely-contested partisan issues, which will only intensify as we head into the final stretch of the presidential election, these latest survey results detailing voter opinions on federal marijuana policy reveals legalizing cannabis is at least one position which the country can unite on. Will Biden, who has staked his bid for the presidency as the candidate of unity but is opposed to legalizing marijuana, heed these calls and listen to his pick for VP? Only time will tell. 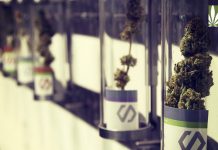