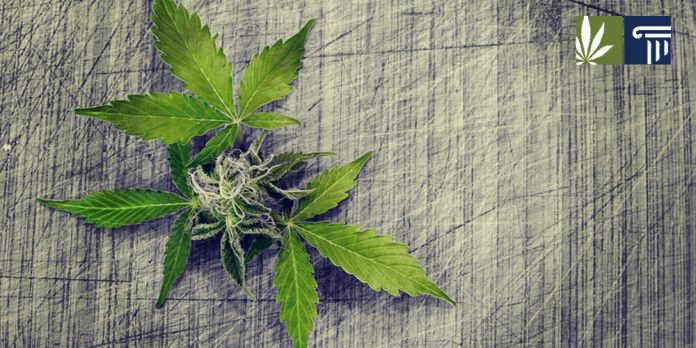 Pennsylvania lawmakers have introduced a comprehensive marijuana legalization bill which pretty much reads as a wishlist of just about everything a pro-cannabis reform advocate would want.

Senate Bill S50 would not only legalize adult-use marijuana in Pennsylvania, but also contains provisions for the automatic expungement of marijuana-related convictions, home-growing, home delivery, and use in social settings.

On top of all that, the bill would help smaller commercial growers by capping their annual permits at $250, compared with $10,000 for large-scale cultivators in addition to a $100,000 application fee.

“It prioritizes the cannabis consumer and corrects some serious social justice problems. If it passes, it could become the gold standard legalization bill for the free world.”

The sweeping criminal justice reforms in the bill would mean that any individual currently incarcerated for low-level marijuana convictions would be released. Those with pending criminal charges for marijuana-related offenses have them dismissed. All parole and probation supervisions of marijuana offenders would end.

To help undo some of the harms caused by the War on Drugs, the bill also includes a measure ensuring that $2 million in interest-free loans is made available for individuals with prior marijuana convictions who wish to start a cannabis business.

“[This bill] will allow us to get ownership of businesses in disenfranchised communities, communities that were the most severely impacted by the War on Drugs,” said Jason Mitchell, co-founder of Soulful Cannabis, a marijuana advocacy and industry watchdog group.

Mitchell is not as thrilled about a home cultivation provision in the bill charging individuals $50 in order to grow up to ten plants in their homes per year.

“I have an issue with charging $50 for a permit to grow 10 plants at home,” Mitchell said. “It’s a step towards normalization, but it’s still a bit Big Brother. I don’t have to get a permit to grow tomatoes in my backyard.”

Further provisions in the bill intended to stop large corporates from monopolizing the industry, such as capping all grows in the state at 150,000 feet, were welcomed by local would-be cannabis entrepreneurs.

“I’m really happy that it makes it easy for people without a lot of money to get into the business,” said Philadelphia native and “localist” Judy Wicks, one of the founders of BALLE, the Business Alliance for Local Living Economies. “It’s very decentralized. There’d be a lot of small local growers and sellers. My big fear was that large out-of-state corporations would come in and dominate the market. This bill takes steps to keep that from happening.”

The bill allows for consuming marijuana in Bring-Your-Own-Cannabis social-use clubs, which could be part of a dispensary, subject to a $1,000 permit. A permit for delivering marijuana by dispensary employees or a third-party would carry a $50 fee.

As encouraging as much of it sounds, the bill is likely to face stiff opposition in the Republican-controlled House of Representatives. House GOP leaders recently made clear they have “no plans or interest in legalizing recreational marijuana.”

Their statement came as a response to Pennsylvania Gov. Tom Wolf declaring his support for marijuana legalization following a cross-county listening tour carried out by Lt. Gov. John Fetterman to better understand the views of Pennsylvanians on the issue.

Lt. Gov. Fetterman said in the wake of the tour that marijuana legalization clearly enjoys majority support among Pennsylvanians.

But the House Republican Caucus argue that marijuana legalization would lead to a public health and safety crisis. As such, they criticized the listening tour for not doing enough to include the opinions of front-line service personnel.

“We are disappointed the listening tour did not give more attention to the voices of police, emergency medical service providers and other first responders who have extensive experience in dealing with the impact of illegal drugs on communities and on our roadways,” the GOP leaders said.

“Increasing access to recreational marijuana use presents a multitude of public safety concerns.”

But the bill’s sponsors remain optimistic that, as with the ultimately successful medical marijuana bill, Republicans will eventually get on board.

“Many of my Republican colleagues tell me that they support the concept and believe it eventually will be adopted,” said Sen. Sharif Street (D).

His co-sponsor, Sen. Daylin Leach (D), agrees that Republicans will see the benefits to the bill.

“It’s an economic, political, and moral win for both sides,” Leach said.

“It keeps the black market tamped down, the $500 million generated in cannabis fees would be directed to the schools, it decreases regulation by eliminating the seed-to-sale tracking.”