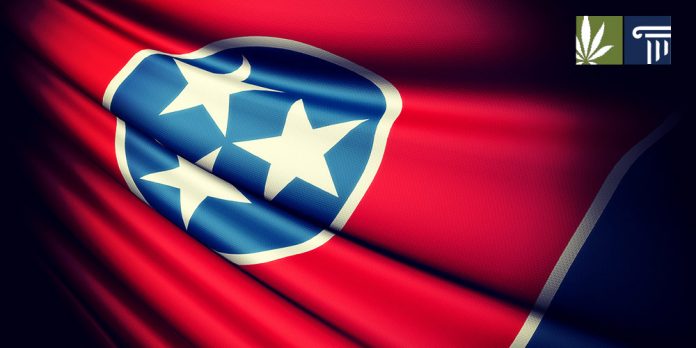 A Tennessee lawmaker submitted a bill at the end of last month to legalize adult-use marijuana in the state.

Sen. Raumesh Akbari’s (D-Memphis) proposed legislation would allow adults aged 21 and older to purchase up to a half ounce of cannabis. The bill, SB 1849, would establish a state regulator responsible for issuing business licenses for both cannabis cultivators and retailers. Sales would be subject to a 12 percent tax, of which half would be allocated towards education, 30 percent for infrastructure, and the remaining 20 percent for the state’s general fund.

Sen. Akbari released a statement calling out Tennessee’s “failed drug policies,” arguing that the state loses money and its citizens suffer under the status quo.

“Tennessee’s tough-on-crime possession laws have trapped too many of our citizens in cycles of poverty and they haven’t actually stopped anyone from obtaining marijuana,” Akbari said.

“The enforcement of these laws in particular have cost our state billions, contributed to a black market that funds criminal organizations, and accelerated the growth of incarceration in Tennessee’s jails and prisons. Tennesseans deserve better,” he added.

Akbari’s sentiments are shared by State Representative Antonio Parkinson who sees the potential tax revenue of a legal adult-use market as indispensable.

“More businesses would open, more opportunities for people and it’s key to make sure everyone has an opportunity to get in business if it passes,” Parkinson said.

The bill is not the only piece of proposed marijuana reform legislation in Tennessee this legislative session. Rep. Rick Staples (D-Knoxville) submitted a bill that would decriminalize cannabis possession, and pave the way for a vote on broader marijuana legalization. Shortly after, Sen. Sara Kyle (D-Memphis) introduced a bill to decriminalize cannabis possession for out-of-state medical marijuana patients visiting Tennessee.

One of the bill’s sponsors, Rep. Gloria Johnson (D-Knoxville), said this is a common sense piece of legislation to protect an important Tennessee industry and the rights of qualifying medical marijuana patients.

“[Tourism] is our number two business and we’ve got a lot of folks coming here. And we’re going to ask them to come without their medicine or we’re going to put them in jail because of what is medicine at home for them?” she said.

Akbari’s bill is more ambitious in scope than these other submissions, but it is still far from certain how any of them will fare in a state legislature notoriously hostile to any kind of cannabis reform. Forty bills have been submitted to the Tennessee legislature since 2017 concerning marijuana reform. Only four have passed. Two regarding cannabidiol products following a directive from the US Food and Drug Administration, and two that stripped enforcement of criminal cannabis offenses from the Alcoholic Beverage Commission.

Some bills, such as Bowling’s medical marijuana initiative, reappear and stall each session, with many failing even to make it out of committee.

Rep. Dave Wright (R-Corryton) is one of many Tennessee lawmakers staunchly opposed to marijuana reform and who sees the claimed therapeutic benefits of medical marijuana as a smokescreen for legalization.

“I’m waiting on the medical profession field saying we can benefit from the medicinal qualities of marijuana. I assume smoking to involve tobacco, marijuana and vaping… it’s all recreational and I’m against it all,” he said.

It may seem then that Akbari’s bill stands little chance of making headway in a state with some of the harshest marijuana laws, though chief law enforcement officials recently made clear that criminal charges for low-level cannabis possession is unlikely. Moreover, public support for some kind of marijuana legalization is strong. Middle Tennessee State University found in a 2018 poll that 81 percent of state residents would support some degree of marijuana legalization. Only 16 percent of respondents said it should remain wholly illegal. How long can Tennessee lawmakers continue to ignore the views of the voters?