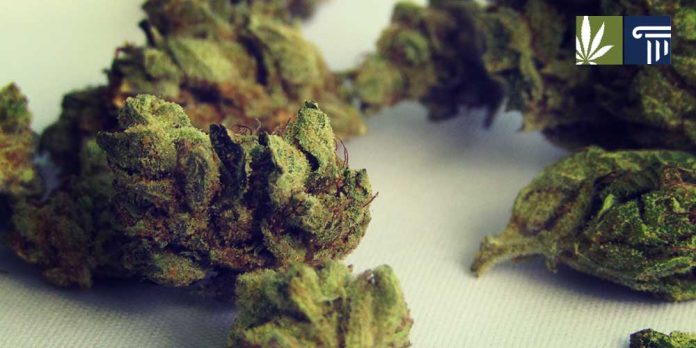 Hundreds of marijuana misdemeanor charges in Texas have been dropped because of a new state law allowing hemp and hemp-derived products. Law enforcement have since found it difficult to distinguish marijuana from legal hemp.

State prosecutors also indicated that they will not pursue new low-level cannabis charges until they have the means to easily test whether a marijuana plant is in fact hemp containing less than the 0.3 percent threshold of THC.

Under the new law, parts of the cannabis plant with more than 0.3 percent of THC are still considered illegal marijuana.

But currently many district attorneys, state prosecutors and crime labs say they don’t have the resources to accurately tell THC levels, making it difficult to prosecute individuals for marijuana possession as the defendant can claim that they were carrying hemp.

“The distinction between marijuana and hemp requires proof of the THC concentration of a specific product or contraband, and for now, that evidence can come only from a laboratory capable of determining that type of potency — a category which apparently excludes most, if not all, of the crime labs in Texas right now,” read an advisory released by the Texas District and County Attorneys Association last month.

The new law went into immediate effect when signed by Republican Gov. Greg Abbott, without the tools in place for law enforcement to quickly and reliably determine whether a plant contains more or less than 0.3 percent THC.

“In order to follow the Law as now enacted by the Texas Legislature and the Office of the Governor, the jurisdictions… will not accept criminal charges for Misdemeanor Marijuana Possession of Marijuana (4 oz. and under) without a lab test result proving that the evidence seized has a THC concentration over .3%,” wrote the district attorneys from Harris, Fort Bend, Bexar and Nueces counties earlier this month.

The counties said that they will still pursue felony marijuana charges, and reserve the option to refile and pursue misdemeanor marijuana charges at a later date, if and when testing resources become available.

Determining the presence and concentration of THC is a complicated and expensive process. The equipment required to carry out the tests costs between $300,000 and $500,000. It is estimated that the state would need 20 labs with this equipment, and each would have to go through an accreditation process which could take months.

“People can comply with the law if given the tools to do it, it’s just going to cost time and money,” said Shannon Edmonds, director of governmental relations for the prosecutor association.

The new law flew through the Legislature unanimously, in part because of the 2018 Farm Bill which legalized hemp at the federal level. But state lawmakers overlooked the lack of provisions calling for the means to purchase crime lab equipment that would help law enforcement distinguish between marijuana and hemp.

“This new law took effect immediately, without the usual grace period during which the procedures and regulations are decided and put in place to support law changes,” said the Tarrant County District Attorney’s Office in a statement.