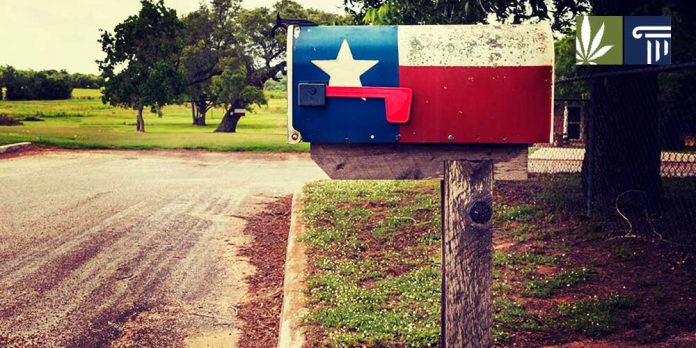 Early in 2018, Vermont became the first state in the nation to legalize marijuana legislatively. In eight other states (Alaska, California, Colorado, Maine, Massachusetts, Nevada, Oregon, Vermont, Washington), voters used their initiative powers to legalize. According to the Initiative and Referendum Institute, however, Texas does not have a legal mechanism to allow for ballot initiatives that do not originate in the legislature. Although there was interest in creating a law to allow voter-backed initiatives in Texas after California passed its historic tax-lowering Proposition 13, in 1994, Governor George W. Bush officially put an end to Republican advocacy for a voter initiative process. In Texas, the future of legal marijuana rests in the hands of the Republican-led Texas legislature and the Republican governor.

According to a Quinnipiac poll, 61 percent of Texas voters “support allowing adults to legally possess small amounts of marijuana for personal use,” while only 34 percent oppose it. Texas Republicans, however, “oppose legalized marijuana 51-43 percent and voters over 65 years old oppose it 51-40 percent. Every other listed party, gender, education, age and racial group support it.” According to Texas Cannabis Report, the Republican governor of Texas, Greg Abbott, has said: “I remain convinced that Texas should not legalize marijuana, nor should Texas open the door for conventional marijuana to be used for medical or medicinal purposes. As governor I will not allow it.” The Texas Cannabis Report also cites a poll that “71 percent of Texas voters would support expanding the list of medical-marijuana qualifying conditions.” Texas does have a compassionate use law that allows CBD for epilepsy.

Support for Medical Use

According to Texas Public Radio, there is support among lawmakers to “authorize medicinal cannabis treatment for more medical conditions.” TPR relates the story of parents who seek marijuana-based medications beyond CBD oil to treat their son’s autism, which leads to violent tantrums. The parents cite a study that showed that cannabis could help their child. The Dallas Observer also relates that there is some movement in the Texas legislature to put forward a legalization plan. House Bill 81, for example, which was sponsored by a Democrat, had bipartisan support and received committee approval. The conservative Texas Freedom Caucus, however, stalled the bill so that it never received a floor vote. According to the Texas Freedom Caucus’s website, “our unalienable rights are given to us by God… [and] government is instituted by God to protect those rights.” The mission of the caucus is to “amplify the voice of liberty-minded, grassroots Texans.” On its members page, twelve white men and one white woman appear. Are 61 percent of Texans not liberty-minded or grass-rootsy enough?

What do you think: Is there a chance for legalization in Texas? Leave a comment below.