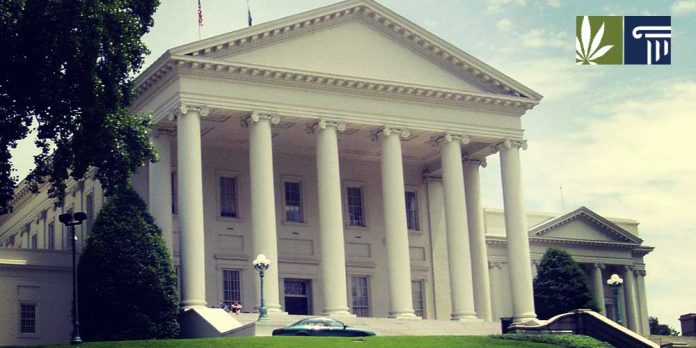 The new bills significantly expand the state’s medical marijuana program by giving medical practitioners more freedom to recommend cannabis to patients, and making it easier for students and people with disabilities to access the drug.

After the House failed earlier this year to approve two bills — one legalizing personal use and the other decriminalizing possession of small amounts of cannabis — the lawmakers focused on broadening access to medical marijuana.

Since the introduction of the “affirmative defense” law in 2015, medical marijuana patients in Virginia can access the drug after they have registered with the Virginia Board of Pharmacy and obtained a doctor’s certification. “Affirmative defense” refers to the legal exemption that protects these patients from cannabis possession and consumption charges.

Although an amendment from 2018 allows doctors to recommend marijuana at their own discretion, “affirmative defense” covers only CBD oil and THC-A oil. Thus, these are the only cannabis products that licensed processors can manufacture and sell.

Now, the “Let Doctors Decide” bill allows medical marijuana dispensaries to sell cannabis in various forms, such as capsules, ointments, edibles and suppositories. Similar to other states, THC content will be limited to 10mg per individual serving or dose.

Additionally, the legislation, filed by Sen. Siobhan S. Dunnavant, stipulates that not just doctors, but also nurse practitioners and physician assistants can register with the Board of Pharmacy and certify patients for cannabis.

The second new medical marijuana bill concerns the contentious issue of administrating the medication to patients while they are in school. Virginia is only the fourth state to allow school physicians to administer medical marijuana to student patients.

Virginia Delegate Chris Hurst, the sponsor of the school-use bill, said that he is “proud that HB1720 will allow students on campus to legally and safely access their medication.”

The third piece of legislation taking effect in Virginia aims to improve access to medical cannabis for patients who suffer from conditions that make it difficult for them to visit a dispensary or receive delivery. It includes, for instance, elderly patients in assisted living facilities and those served by home health care providers.

State Sen. David W. Marsden’s “Registered Agents” bill attempts to remove the restrictions in access to medical marijuana for patients with physical limitations. These patients will now be able to obtain their marijuana medication through a “registered agent” – a person certified to receive cannabis on behalf of the patient.

Many of Virginia’s lawmakers saw the state’s medical marijuana laws as too restrictive, and as cannabis advocates say, patient access is key to a well-functioning medical cannabis program. The three new laws aim to address this issue and improve the process of providing medical marijuana to registered patients.

Although there are no operational dispensaries in Virginia yet, they are due to open in late 2019 and will be able to provide for more patients and their medical needs.