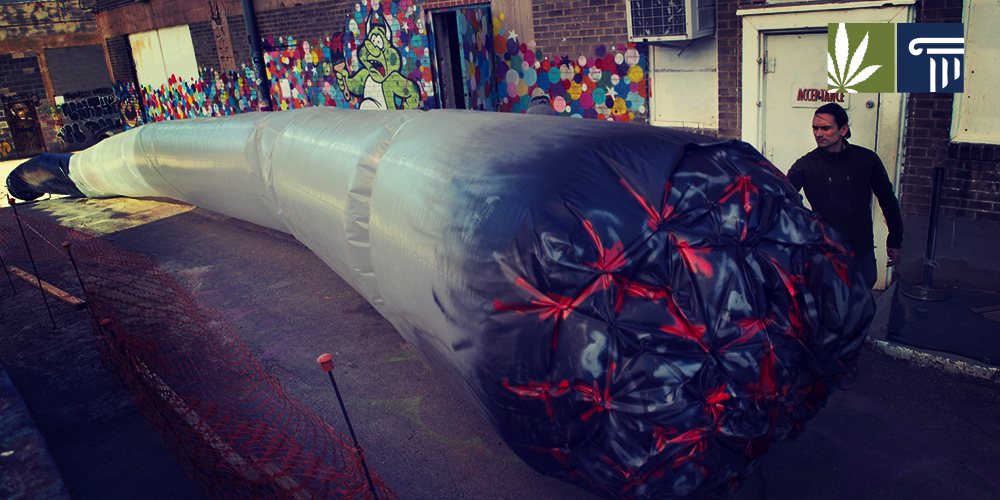 Willie Nelson says he smoked a joint on the roof of the White House. Snoop Dogg claims he toked in a bathroom not far from the Oval Office. 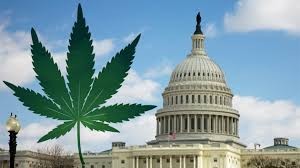 Protestors pushing for real legalization in Washington, D.C., didn’t get quite that far in April, but they did show up at 1600 Pennsylvania Avenue to spark up and make a point: It is taking far too long for the Obama administration to let the voters’ will take effect.

District voters legalized marijuana in 2014, and it’s safe to possess and use small amounts in the city. But nary a pot shop has opened, and protestors feel Obama is largely to blame.

The burn-out, scheduled for April 2, was put together as a way to make the city’s frustration clear. Participants planned to show up, light up, and get themselves arrested in front of the White House.

And they planned to come in style. In the days before the rally, artist Adam Eidinger was building a 51-foot inflatable joint to bring to the park across the street from the president’s residence. Eidinger hoped to put a fan inside it to blow cannabis smoke across the crowd. If that fails, he said, protesters could simply step inside the balloon, fill it with smoke, and seal it up.

Pressuring Obama and Congress to act

Eidinger is head of the D.C. Cannabis Campaign, and his goal is to pressure Obama and Congress into removing the final obstacles that make full legalization impossible in the District. Protesters also hope to take a subtle dig at D.C.’s lack of statehood.

In a broader sense, Eidinger said, he wants to make a point about the 5 million cannabis arrests that have occurred since Obama took office. And he wants the president to remove the drug from schedule 1 of the Controlled Substances Act – a list that includes dangerous drugs such as heroin and synthetic THC.

“Obama, he smokes, maybe not now, but he did smoke,” Eidinger said. “So for him to oversee an enforcement regime that has arrested 5 million people for marijuana . . . I’m very motivated because I think it’s a discriminatory practice.”

Eidinger, like many of the protesters, backs Vermont Sen. Bernie Sanders in the Democratic primaries. Sanders favors full legalization, while front-runner Hillary Clinton says the country needs more time. But if Clinton wins, as expected, action by Obama now could give her political cover to do the right thing, Eidinger said.

“If Obama really wants to help Hillary, he’ll do this,” Eidinger said. “Because people like me, who are strong Bernie supporters, we would feel more comfortable supporting the Democratic candidate if this is underway.”

Eidinger’s protest drew plenty of attention, but not the support of national pro-pot lobbying groups.

“We’re not involved, and we don’t think that consuming marijuana on federal property is an appropriate way to promote reform,” said Kaitlyn Boecker, spokeswoman for the Drug Policy Alliance.

“Smoking marijuana outside the president’s house, around tourists and kids, is probably not a good way to get the president to do what you want,” Angell said.

Post a comment and let us know: Was it a smart idea to toke outside the White House? Could this sort of protest backfire and hurt the cause?