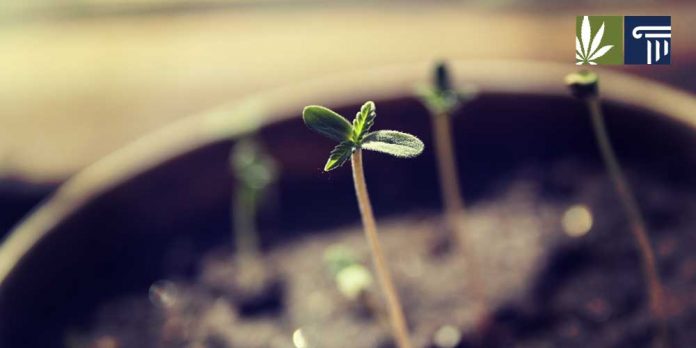 Medical marijuana is legal in 22 states and a further 10 allow both medical and recreational cannabis. Yet there is still a huge gap in our knowledge of the benefits and harms of the plant.

Nearly two dozen university researchers are eager to fill this void and marijuana growers around the country are ready to supply them using state-of-the-art production facilities and techniques.

There’s just one problem – the U.S. Department of Justice.

“We only want to provide clean, consistent, compliant cannabis for researchers,” said George Hodgin, CEO of the California-based Biopharmaceutical Research Company. “We’re sitting on one of the most sophisticated cannabis production facilities in the United States. And it’s empty, because the federal government is playing politics with something that is apolitical.”

Though more and more states are moving to legalize marijuana, it is still illegal under federal law. This means that researchers seeking federal funding or who are affiliated to a federally funded institution face huge obstacles in accessing the drug for their studies.

Limited supply of cannabis for research

For decades, the federal government has approved of only one grower at the University of Mississippi to supply marijuana to researchers following a challenging application process. Thing is, the marijuana they grow is of poor quality, more comparable to dried oregano than the marijuana you can buy at a legal dispensary.

Under a program initiated by the Obama administration, more federally-approved growing facilities were lined up to provide researchers with much needed product.

Then Donald Trump won the 2016 presidential election and he appointed Jeff Sessions, a staunch opponent of marijuana legalization, as Attorney General. The Obama-era reforms to allow more federally-approved research into marijuana were sidelined.

Following Sessions’ resignation last November, some thought that the program could finally move forward. That is yet to happen.

“I feel like the government I fought to protect doesn’t understand the urgency of this problem,” Hodgin, a retired Navy SEAL who served in Afghanistan and Southeast Asia, said. “My story should be the American dream: A Navy SEAL uses the GI Bill to get a graduate education and start a company that helps Americans and creates jobs. But sadly, the DOJ and DEA are playing politics with science and lives, and instead big government inertia and red tape are blocking critical research.”

Perhaps the most comprehensive review of marijuana research to date is by the National Academies of Sciences, Engineering, and Medicine in 2017. Based on more than 10,000 studies conducted since 1999, the review found promising evidence for marijuana’s beneficial uses for chronic pain, multiple sclerosis, and cancer. They also found that marijuana may cause respiratory problems when smoked, lead to schizophrenia and psychosis, and contribute to lagging social development.

Crucially, the National Academies said that the evidence is on the whole weak and that more good research is required. They warn that “conclusive evidence regarding the short- and long-term health effects (harms and benefits) of cannabis use remains elusive.”

The blame for this lies primarily with cannabis’s classification as a highly restricted schedule 1 substance. This means that the federal government does not recognise any safe use of marijuana, be it medical or otherwise.

Sessions’ successor, William Barr, recently hinted that he supports allowing more medical research into marijuana at a Senate hearing. So far though, there has been no movement, and growers like Hodgin are left frustrated at the impasse.

“I’ve been shocked and disheartened that the government isn’t representing the will of the people,” Hodgin said. “Democrats and Republicans have both argued the need for more marijuana to be produced for research. Why would [the Justice Department] ignore them?”