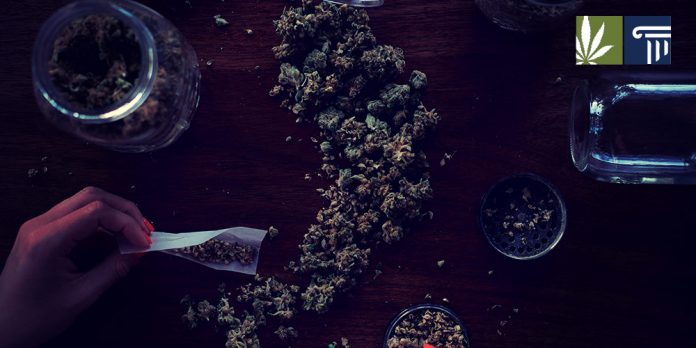 Fox News conducted phone interviews with 1,000 adults from across the country between December 8 and 11. They found that 63 percent of respondents are in favor of legalizing “the recreational use of marijuana on a national level,” with 34 percent against the idea.

The other poll was carried out by Marist, in collaboration with NPR and PBS, between December 9 and 11. Their findings were strikingly similar to the Fox News survey, with 62 percent of respondents saying it is a “good idea” to legalize cannabis, and 33 percent saying it is a “bad idea.”

“This holiday season, Americans are more likely than ever to agree in favor of legalizing marijuana when the topic comes up at the dinner table,” said Justin Strekal, political director of NORML. “With a public majority mandate, now is our time to demand ending prohibition in advance of the 2020 elections.”

While Fox News did not publish any demographic information of their respondents, Marist revealed the partisan loyalties and ages of those included in their results.

In keeping with trends seen in other marijuana legalization polls, party affiliation is a strong indicator of a person’s position on the issue.

Democrats, or independents who are sympathetic to the Democrats, are more likely to support legalization, with 76 percent of such respondents taking this position. On the other hand, only 44 percent of respondents who identify as Republican, or broadly describe themselves as such, are in favor of ending federal prohibition.

Within the Republican base, respondents who voted from President Trump in 2016 think less favorably on marijuana legalization than other Republicans, with 55 percent against the proposal and only 40 percent supportive of it.

Remarkably, every age group across the country supports recreational marijuana legalization except those aged 73 and older.

These polls represent just the latest in a series of surveys demonstrating clear and consistent support for ending federal prohibition of cannabis, to the point that it is near becoming a bipartisan issue.

Just last month, Pew published the results of their survey of 10,000 Americans, 67 percent of whom think the country should legalize marijuana. And the month before that, Gallup’s poll indicated that 66 percent of adults in the US believe cannabis should be legalized. With such strong support, it’s not hard to understand why so many Democrat nominees for the 2020 presidential election have not been shy in stating their intent to end federal cannabis prohibition. That is, except for former Vice President Joe Biden and the former New York Mayor Michael Bloomberg, who only recently announced his candidacy.