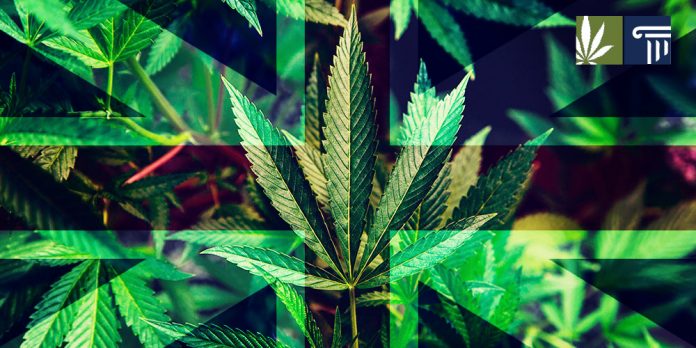 Hundreds of professors, cross-party politicians, health experts and doctors in the United Kingdom have added their names to a letter urging the UK Health Secretary to loosen restrictions on medical marijuana.

Legally, medical marijuana can be prescribed on the National Health Service (NHS), the UK’s universal, free-at-the-point-of-service medical system, if certain conditions are met. But in practice the highly bureaucratic process governing medical marijuana prescriptions has deterred NHS physicians from offering the drug as a treatment.

Another group of Labour and Liberal Democrat MPs have written a separate letter to Prime Minister Boris Johnson, requesting him to help patients who have been unable to obtain medical marijuana prescriptions since it was made legal one year ago.

The UK Health Secretary, Matt Hancock, is told in the letter that the experiences of the past year demonstrate that the current system of controls is far too restrictive. Because of this, people are dying unnecessarily from opioid overdoses and symptoms that could be effectively managed by medical cannabis.

“The failure of the medical and pharmacy professions to embrace [medical cannabis] being made ‘legal’ is a great worry to patients and carers, and will already have led to more preventable deaths from conditions such as epilepsy,” said senior doctors and MPs in their letter.

More than a quarter of adults in the UK use strong painkillers, antidepressants and sleeping aids, according to recent research by Public Health England. Many health experts and patients using these drugs say that medical marijuana could treat the symptoms and underlying conditions more effectively and safely.

The main demand of the letter is that general practitioners would be able to give medical marijuana prescriptions. Currently, only specialists are authorized to do so.

They also ask for the removal of a rule requiring senior medical doctors to sign off on a medical marijuana prescription made by a specialist. A further demand concerns regulations for importing medical cannabis products, which the signatories to the letter argue must be simplified.

If put into effect, these demands would have a huge impact on the lives of many patients in the UK.

GPs would be able to prescribe medical marijuana on the NHS, so patients would receive the treatment free of charge.

Current obstacles have led wealthy patients to use private medical service providers, who offer medical marijuana prescriptions at the extortionate sum of $1,250 per month. But patients without such means are instead turning to unregulated black market marijuana for their treatment.

The letter also makes the case for expanded medical marijuana access as a policy which the government should embrace, rather than one its dragging its heel over.

The health experts, politicians and professors argue that it must be made available to patients with a variety of disorders, such as anxiety, chronic pain, epilepsy, depression, insomnia and multiple sclerosis. They ask that resources be allocated towards educating doctors on the applications of medical marijuana and that training is provided to help allay physicians’ fears that they may make a mistake.

While government representatives are yet to publicly respond to the letter, the National Institute for Health and Care Excellence (NICE), a private think tank, said that loosening restrictions is unwelcome due to a “lack of clinical evidence to support the use of cannabis products.” NICE said they hope to fill this evidence gap by supporting studies into the efficacy of medical marijuana, including an upcoming clinical trial involving 20,000 patients led by Imperial College London Professor David Nutt.