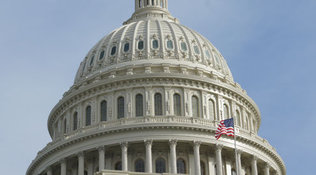 In fact, across Latin America, citizens seem generally reluctant to legalize pot, even as their governments (and the Organization of American States) increasingly call for at least discussing it as a way to reduce massive drug cartel revenues and thereby the regions horrific narco-bloodshed. To explain the disconnect, legalization opponents are quick to point out that Latin Americans are known for their traditional and conservative social values. So that should translate into Latino rejection of marijuana legalization in the U.S. as well, right? Not really. According to a recent Pew Research Center survey, 51 percent of U.S. Latinos now support legalizing marijuana — about the same majority (52 percent) of Americans as a whole. In Colorado last November, Latino voters may have even been the deciding factor in the passage of that states marijuana legalization ballot measure: 70 percent of them backed it, according to exit polls. In a recent poll that showed 7 in 10 Floridians favor legalizing at least medical marijuana, Latinos were cited as one of the groups most likely to give such a measure the thumbs up. Latinos are disappointing social conservatives on other hot-button issues as well. According to some exit polls last November, as many as two-thirds of Hispanic voters supported legal abortion and almost 60 percent backed gay marriage. Its not that Latinos still dont embrace certain traditional values, especially close-knit and extended family bonds. But they are bucking certain stereotypes that have been thrust on them for as long as Latin Americans have migrated to the U.S. One of them is the expectation that Latino families would rise up against legalizing marijuana, even though its generally considered no more harmful than Americas legal drugs, alcohol and tobacco. If last years Colorado referendum is any gauge, Latinos seem increasingly to agree with Latin American leaders like Uruguayan President Jose Mujica, who championed the legalization bill that Uruguays Senate is now almost certain to pass this fall. The idea behind Uruguays unprecedented federal measure, which would legalize pots production and sale (consumption is already legal there) under government supervision, is to wrest the marijuana market away from violent drug mafias. Via a targeted video campaign, thats exactly how Colorados legalization effort was explained to Latino voters: a means of marginalizing criminal dope dealers while garnering legal marijuana sales taxes for things like improved education. Which is why so much is riding not just on the success of Uruguays bill but on how well it works when it becomes law. If it has the socially salubrious effects Mujica promises, it could produce a ripple effect across Latin America and soften popular resistance in countries like narco-beleaguered Mexico, where proponents say marijuana legalization is perhaps most needed. Until then, everyone from the Obama administration (which still opposes pot legalization) to Pope Francis (who criticized the Uruguayan bill during his visit to neighboring Brazil last month) to former Uruguayan President Julio Maria Sanguinetti (who told Miami Herald columnist Andres Oppenheimer last week that the bill would create a climate of permissiveness around marijuana) will do their utmost to create a climate of hysteria. What seems strange, if not hypocritical, is that few get as hysterical about the damage alcohol and tobacco can do. According to Uruguayan media, for example, the country has some 300,000 alcoholics almost a tenth of its population yet only about 20,000 daily marijuana users, according to the countrys National Drug Board. Here in the United States, where a person is killed in an alcohol-related car accident every 30 minutes, there are estimated to be four times more alcoholics than marijuana addicts. Common sense, then, would suggest that legalizing marijuana wont turn Uruguayans into a nation of Harold and Kumar stoners any more than it will in this country. And common sense, as the U.S. Latino community has been reminding us of late, is a traditional value too. Tim Padgett is Americas editor/correspondent with WLRN-Miami Herald News.