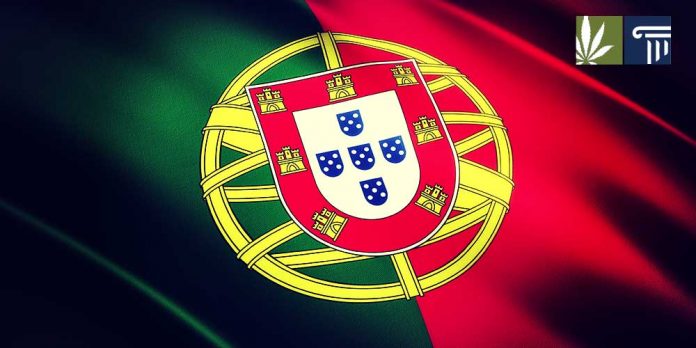 Portugal decriminalized all drugs in 2001, and started treating drug use and possession as a public health issue rather than a criminal one. Subsequent research indicates that this has improved public health and reduced incarceration rates.

During their two weeks in Europe, the prosecutors made tours of courts, prisons, treatment facilities, and health and community service providers. They also met with law enforcement officials, international criminal justice experts, and public health experts.

For the advocacy group, Fair and Just Prosecution, which organized and funded the trip, they hoped the prosecutors would come away with fresh perspectives that may help reshape the harsh and punitive approach to nonviolent drug offenses the U.S. criminal justice system currently takes.

“Elected prosecutors around the country are grappling with how to redefine justice and shrink the footprint of the justice system, while making communities safer and healthier,” said Miriam Krinsky, executive director of Fair and Justice Prosecution,. “They are shifting away from punitive criminal justice responses to substance use and mental illness and embracing smart and proven public health solutions.”

Many of the prosecutors had already demonstrated a commitment to reforming the criminal justice process in their jurisdictions prior to the European trip.

In an upcoming HBO documentary, one of the delegates, Philadelphia District Attorney Larry Krasner, said that he is weighing up a policy whereby individuals with drug possession charges would be sent for treatment instead of prison.

“We are talking about people who are using drugs,” he said. “The vast majority of them suffering from addiction. I do not see value in convicting people like that.” Under Krasner’s stewardship, Philadelphia already has a policy not to prosecute marijuana possession cases.

Likewise with Baltimore State’s Attorney Marilyn Mosby who noted historic racial disparities in the state’s war on drugs when she said in January that her office would no longer pursue marijuana possession cases.

Brooklyn District Attorney Eric Gonzalez also introduced a policy last year aimed at discouraging prosecution of low-level marijuana cases, and as a result said that there has since been 91 percent fewer prosecutions for such offenses.

The meetings in Germany and Portugal aimed to build on these initial steps regarding the benefits of simple drug decriminalization by considering other aspects of the criminal justice system. The prosecutors also learned about drug diversion programs and court proceedings, spoke at length with officials in Germany about incarceration rates and periods for various crimes, visited open and closed prisons with reputations for humane treatment of prisoners, and held discussions with Portuguese drug policy leaders about the broader effects of the country’s direction towards drug decriminalization.

One of the attendees on the trip, Washington D.C. Attorney General Karl Racine, who recently signed a letter along with 37 other state and territory attorney generals endorsing federal marijuana banking legislation, said that “prosecutors are uniquely positioned to be able to take lessons learned from other countries’ approaches to incarceration and criminalization back to their communities.”

“The enormous power of prosecutors to exercise their discretion in ways that ensure outcomes that enhance public safety and reduce recidivism is unparalleled in the criminal justice system,” he said. “My colleagues and I look forward to learning from countries that have successfully reduced mass incarceration, reintegrated previously incarcerated individuals back into society, and treated drug users and individuals struggling with mental illness with health services and supports that have a high degree of success.”