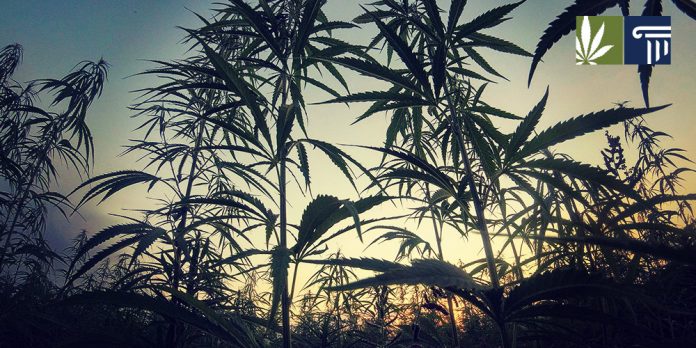 It seems the recent outbreak of vaping-related deaths and injuries has had no impact on public support for marijuana legalization in the US, according to the latest Gallup survey.

Like last year, as well as in an intervening survey carried out in May this year, the polling firm found that 66 percent of Americans favor marijuana legalization

It’s fair to say then that while support for marijuana legalization has recently leveled off, it continues to enjoy a solid majority.

Gallup has asked Americans their views on legalizing marijuana since 1969. At that time, only 12 percent supported the measure. For a long time, support for marijuana legalization remained steady but marginal at around 28 percent between 1977 and 1995. Not long after, those who favored legalizing marijuana broke past 30 percent, and it has now doubled since 2000.

“As public opinion has become increasingly pro-marijuana, so has state policy,” wrote Gallup’s Jeffrey Jones in an analysis of the survey results.

Eleven states plus the District of Colombia now allow recreational cannabis, and a further twenty-two permit some form of medical marijuana. And this trajectory looks set to continue with several other states considering marijuana reform legislation in the upcoming 2020 session, or on ballots come the November elections.

Support for marijuana legalization is not predicted by key demographics such as gender, education level, income, region and the urban/rural divide.

The same cannot be said for age, race, political affiliation and religiosity.

Just under half of senior citizens support the measure, with this dropping to 40 percent for those born before 1940.

Baby boomers and those in Generation X lie close to the national average, with their support standing at 61 and 63 percent respectively.

Party identification and political ideology are also significant determinants for one’s position on marijuana legalization. Support from those affiliated with the Democratic party is at 72 percent, while Republicans have only a slight majority support of 51 percent. Independents sit somewhere in between at 68 percent.

All of the major US racial and ethnic groups have majority support for marijuana legalization, but this is more pronounced in black (74 percent) and Hispanic (66 percent) communities than with whites (57 percent).

The Gallup survey was of nearly 2,000 US adults interviewed in the first two weeks of October — near the height of the vaping scandal.

Large segments of the media reported on hundreds of people suffering severe lung injuries thought to be linked to their use of vaping products. Included in a lot of the coverage was input from marijuana prohibitionist organizations and politicians who were quick to associate the health crisis with recent state-level moves towards marijuana legalization.

In time, we have learned that the majority of people who suffered injuries obtained their vaping products from illegitimate, unlicensed sources.

But in any case, it seems now that Americans are less vulnerable to scare stories with prohibitionist agendas such as the US Surgeon General who issued a warning against marijuana legalization in the wake of the vaping crisis.

“A supermajority of Americans support the outright legalization and regulated sale of marijuana, despite all of the negative press and unwarranted fear-mongering by the surgeon general in recent weeks,” NORML Political Director Justin Strekal said in response to the recent statement from Dr. Jerome Adams.

Legalization advocates actually went on the offensive in response to prohibitionist accusations that legalization is to blame for vaping injuries, arguing instead that a lack of regulation is the problem.

“In order to best produce a successful consumer marketplace that addresses safety protocols for vaping products and other legitimate concerns, we must end the policy of prohibition nationwide and assess best practices for regulatory structures,” Strekal said.

What the succession of Gallup surveys revealing a solid majority in support of marijuana legalization tells us against the backdrop of the vaping crisis is that marijuana fear-mongering tactics are no longer as successful as they might have been 30 or 40 years ago.

And that while support is steady for now, change is only likely to head in one direction.

“Given generational differences in support for legalizing marijuana use, it is likely the percentage who endorse making marijuana use legal will continue to expand in the years ahead,” Jones wrote. “Even if support has leveled off for the time being, it remains solidly above the majority level, and has created a public opinion environment that is conducive to more states adopting pro-marijuana policies.”