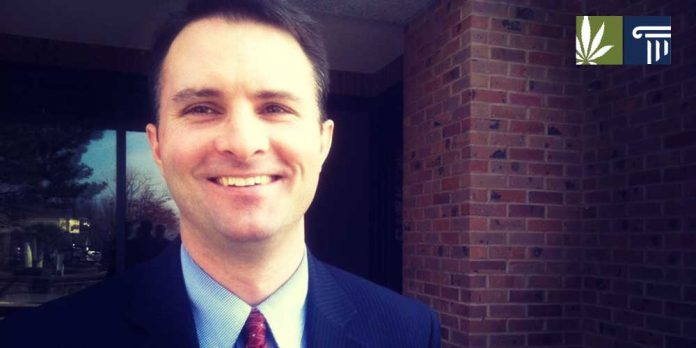 On July 23, the attorney general of Vermont issued an advisory that it is illegal to give marijuana as part of a commercial transaction. The advisory concerns the state’s recently enacted adult-use law and does not apply to medical marijuana.

T.J. Donovan, a Democrat, was first elected as attorney general in 2016. He issued the advisory in response to an emerging market practice in the state in which marijuana is given for free in return for highly inflated prices on other goods or services. This market practice, in turn, arose because while recreational marijuana is legal in Vermont, it remains illegal to sell.

A similar marketing method has arisen in Washington, D.C., where marijuana is given away at what are called pop-up parties after an inflated price has been paid for legal goods. Just as the rise of a gifting market has resulted in a warning from the attorney general in Vermont, Washington’s pop-up party market has attracted the attention of law enforcement.

Vermont’s adult-use law is known as Act 86. It makes it legal for adults twenty-one years old and older to possess less than an ounce of marijuana or five grams of hash. It is also legal to cultivate two mature or four immature plants, and it can be legal to give marijuana away. Donovan’s advisory warns gift marketeers, however, that it remains illegal to sell recreational marijuana in Vermont, even if the sale is disguised. The advisory states:

“Act 86 does not legalize the sale of marijuana. Any transfer of marijuana for money, barter, or other legal consideration remains illegal under Vermont law. This includes a commercial transaction (i.e., an exchange of goods or services for money) with a purported ‘gift’ of marijuana. Examples include: selling an item or service, like a bracelet or t-shirt with the ‘gift’ of marijuana. Charging someone for the purported ‘delivery’ of a marijuana ‘gift’ would also be considered a sale….The Vermont Attorney General’s Office will continue to work with stakeholders to find practical solutions related to changes in Vermont’s marijuana laws.”

In addition to outlawing the sale of marijuana, Act 86 prohibits public consumption or consumption in a vehicle, and does not authorize grows beyond the two-plant limit. Landlords may forbid tenants from using marijuana, and use is forbidden at any time in a daycare center. There are also criminal penalties for providing marijuana to someone under twenty-one. The law also provides for the Governor’s Marijuana Advisory Commission to prepare a report on how to implement a “a comprehensive regulatory structure for legalizing and licensing the marijuana market” on or before December 15, 2018. While selling marijuana in Vermont is illegal for now, there is a schedule for getting started on a legal market.

What do you think? Will Vermont implement a legal market next year? Leave a comment below.