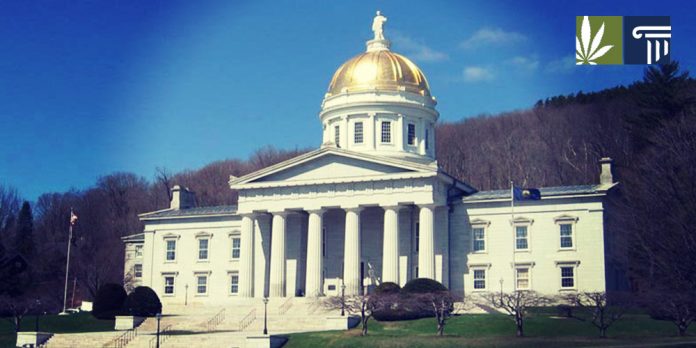 Vermont lawmakers are set to vote on whether to regulate and tax marijuana sales in the state, following a House committee vote approving a Senate-backed bill.

The House Ways and Means Committee voted 8 – 3 for S. 54, which would establish retail cannabis sales in Vermont within two years and bring in an estimated $50 million in tax revenue by 2024. The measure already enjoys Senate approval following a veto-proof supermajority vote last year and is now set to go to the House floor for a full vote in a matter of days.

If passed into law, Vermont would start to look a lot more like Massachusetts and Colorado, where adults 21 and older can buy regulated cannabis products from state-licensed stores.

“Today’s vote is another clear indicator that S. 54 enjoys strong momentum in the House,” said Matt Simon, New England political director for Marijuana Policy Project, after the committee vote. “Vermonters are looking forward to seeing this bill become law in 2020 so the state can begin to reap the many benefits associated with sensible regulation of cannabis.”

The measure would create a new state agency responsible for regulating the industry, setting tax rates on cannabis retailers, and issuing a variety of marijuana business licenses. The bill includes provisions that would limit the potency of retail cannabis. THC, the primary psychoactive component of cannabis, would be capped at 30 percent for marijuana flower, while concentrates would be limited to 60 percent.

At the Way and Means Committee hearing on the bill, lawmakers adopted an amendment to increase marijuana sales tax from 16 percent to 20 percent, comprising 14 percent excise tax and 6 percent sales tax.

“We sort of found that 20 percent, which is what Massachusetts does, is a good place to land,” Rep. Janet Ancel (D), the committee chair, told VTDigger. “I think there might be some tolerance for being a little higher than that, but not much.”

Registered medical cannabis patients would not be subject to state taxes on marijuana, while municipal governments are forbade from introducing their own local taxes on cannabis sales.

Gov. Phil Scott (R) has been somewhat of a barrier to marijuana reform in the past, but he is reportedly warming to the idea, and has even proposed funding after-school programs with tax revenue proceeds from marijuana sales. The main sticking point for Scott is road safety. He wants law enforcement to have the power to take saliva samples without a warrant from drivers suspected of being intoxicated.

With such fine margins up for debate, it seems a question of when not if Vermont will allow and regulate marijuana sales. In 2018, Vermont became the first state in the country to legalize cannabis cultivation and low-level marijuana possession through the legislature, as opposed to a voter ballot initiative. The fact that there is still nowhere to legally buy cannabis means the only way for Vermonters to legally obtain weed in their own state is to grow it themselves. Otherwise, Vermont cannabis consumers either take their chances on the illicit market or hope they aren’t caught crossing the border with cannabis from Massachusetts or Canada. For a time last year it looked like S. 54 could soon remedy this after its approval by the Senate, but it ended up log-jammed in the House. While far from over, the signs are looking promising for Vermont cannabis consumers. What’s more, they enjoy broad support with three in four of their fellow state residents in favor of regulated, legal marijuana sales, according to a new poll commissioned by the Marijuana Policy Project.