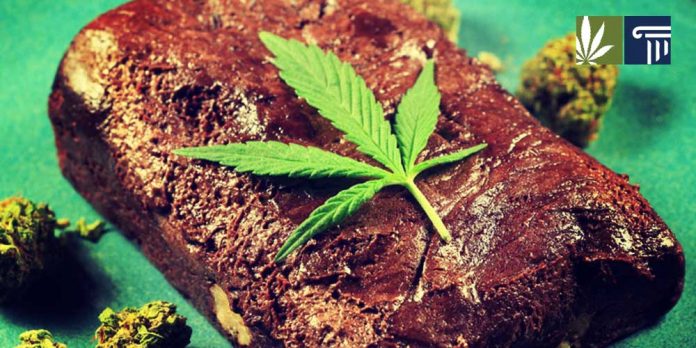 Legalization is coming to Vermont, but the state government has neglected to pay for laboratory upgrades that will allow it to test edibles, which is required by the state’s own law. Now the state must decide whether to pay for the testing equipment or change the law to allow sales of untested edibles.

In 2013, the governor signed a decriminalization bill into law that replaced criminal penalties for possession of small amounts with fines similar to traffic fines. The law also had provisions for testing so that courts could be presented with accurate information about how much a defendant possessed at the time of arrest. The law states that the amount of marijuana, rather than the weight of the entire edible, is what counts toward possible criminal charges or civil penalties.

A process for testing was never created, however. Testing not only for edibles but also oils and saliva taken at traffic stops is still unavailable five years after the law was passed. The state currently has one lab for testing drug samples.

Reporters uncovered this lapse, surprising lawmakers who thought that the testing process was in place. Vermont’s Public Safety Commissioner Thomas Anderson has gone on record as saying that Vermont has two choices: pay for the testing equipment or change the law.

The PhytoScience Institute has provided Vermont with a white paper that makes recommendations on cannabis testing for public safety. The paper acknowledges that:

“Sampling and testing requirement[s] have significant cost implications. It takes state resources to regulate and monitor quality assurance testing. Significant costs are also levied on the cultivator, producer, or Cannabis testing laboratory. Minimizing costs in a regulated Cannabis market is important for elimination through competition with the black market. However, it is important to recognize that quality assurance related costs also produce value. Many consumers are willing to pay more for Cannabis that can be purchased legally and when they can be assured of potency and purity. Additionally, testing costs will likely decrease over time, as the Cannabis industry matures and demand for testing increases.”

The report also acknowledges that testing not just for potency but for contaminants could add nearly 9 percent to the cost of a product. This cost could be lowered, however, by techniques such as testing only a random 10 percent of a product. “Under these recommendations,” the report concludes, “the cost to the producer ranges from .87% to 2.53% of the total value of the product.”

At labmanager.com, an article states that “Despite regulatory brakes, the cannabis business is growing fast—researchers New Frontier and Arc View estimate that legal cannabis will command a market value of $7.1 billion this year, up 26 percent from 2015.” Cole-Parmer, a vendor of lab equipment, lists an “economical compact gas chromatograph” at $8,870 and a refurbished liquid chromatography system is listed for $12,000 on eBay. In addition to machines, however, a lab needs trained personnel to run the tests. Vermont as yet has not made an estimate of how much it will cost to start its legally mandated testing program.

What do you think? Will Vermont soon pass legislation to pay for testing? Leave a comment below.