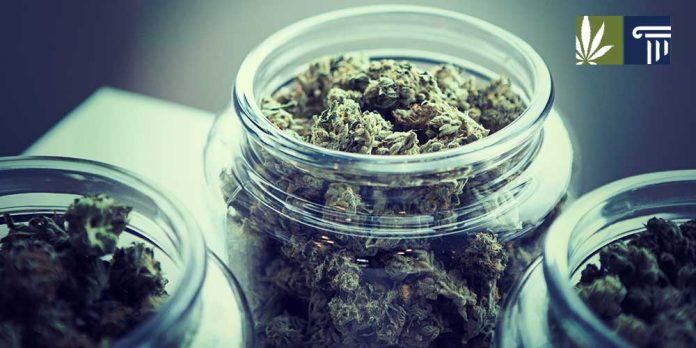 A regulated retail cannabis market may be coming to Vermont under legislation approved by the Senate Judiciary Committee last week.

Possession, cultivation, and consumption of marijuana for adults 21 and older has been legal in the state since last year, but there is currently no legal framework in place for a commercial market.

The Senate bill, S.54, was passed in a 4-1 vote and now moves to the Senate Finance and Appropriations committees before consideration by the full Senate. Senate Judiciary Committee chair Dick Sears (D-Bennington) said that he expects the Senate to vote on the bill before March 5.

The legislation, which half of the Senate has already signed on as cosponsors for, would establish a Cannabis Control Board tasked with issuing licenses for cannabis manufacturers, retailers, and testing facilities.

Sales would be taxed at 10 percent, with local municipalities having the option to impose a maximum of two percent additional tax. The tax revenue is expected to cover the costs of operating the state regulatory system, while local option taxes will benefit municipal budgets.

If passed, the bill requires the Cannabis Control Board to issue permits for marijuana retailers by April 1, 2021. The bill also places emphasis on granting licenses to smaller businesses to avoid monopolization of the industry.

As currently drafted, the bill does not allow for recreational marijuana delivery services but does include a provision that requires the board to study the impact of delivery services in other legal states and create a report for the legislature outlining recommendations.

The committee also decided against a proposal to allow medical marijuana dispensaries to begin selling recreational cannabis in 2020, before other retailers have opened. Sen. Dick Sears says the committee wanted to maintain a level playing field for all potential sellers if the bill becomes law.

“We don’t want to give anybody a head start and put additional pressure on the cannabis board as they set the rules and regulations and as we move the medical into the retail. So, we want to make sure that it’s an even playing field when licenses are granted,” said Sears.

“I’m particularly pleased to see that the committee made strong progress towards promoting equity in Vermont’s cannabis industry, by ensuring that people with previous criminal histories are not excluded from the regulated market, specifically requiring the Control Board to create opportunities for communities disproportionately impacted by prohibition, and mandating that at least one commissioner have expertise in equity and social justice”, Silberman said.

Though advocates are confident that the bill has enough support in the Senate to pass, it remains unclear how the chamber will vote. Speaker Mitzi Johnson (D) said she’s “torn” on the legal sales.

Gov. Phil Scott (R) signed non-commercial legalization into law last year but has expressed reservations about creating a retail market. He has also indicated that he will not support the bill unless it includes provisions to establish new road safety rules and to channel revenue towards drug education and prevention programs.