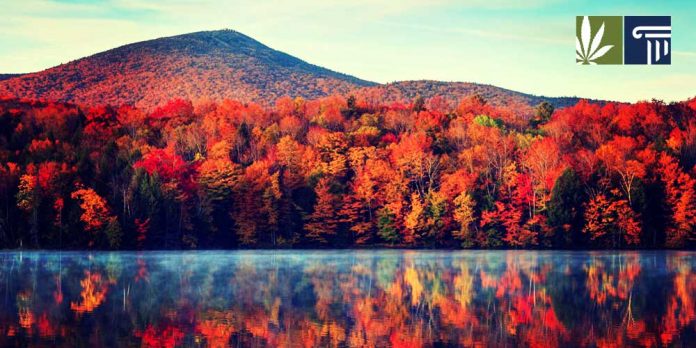 Starting July 1 in Vermont, those who are 21 and older may legally possess up to an ounce of marijuana legally. It will also be legal to grow two mature or four immature plants.

Vermont’s medical marijuana law sets fees on dispensaries and registration cards and requires that they be deposited into a fund that pays for regulation, a big part of which is testing flowers and edibles, as well as audits and training. The marijuana fund was not part of the state’s general fund. The state has about 5,300 registered medical marijuana patients, and in Vermont medical recommendations are given only to the very sick, and many of them are poor. Their card fees and the license fees from the small state’s five dispensaries built up a small surplus. The program was continuing to expand, however, so increased testing—the most expensive part of regulation—was on the horizon.

Vermont’s MMJ program pays for itself

Vermont’s medical marijuana program was structured to pay for itself and not be a burden on the state’s taxpayers. The state’s medical marijuana advocates were dismayed that its fund, which did not belong to the taxpayers, was raided. Further, the state government has been dragging its heels regarding new dispensaries, which has kept prices high, placing a burden on the patients.

In a state of a little more than 600,000 people, it perhaps should not come as a surprise that the state’s lieutenant governor, David Zuckerman, personally commented on an article on the withdrawal that appears on Vermont Public Radio’s website. His reply says in part:

“Once it became clear that the fees and licenses [for medical marijuana] were too high and a surplus was being developed, the answer should have been to reduce the annual rates that people have to pay and the extra money either be used to broaden the specific program (medical cannabis, testing, etc.) or been used to further reduce the rates (which is less ideal because then the rates would be artificially lowered too much and would need to come back up…as we are seeing in the education fund this year). But in no case should that money have been used to shore up other shortfalls in taxes vs. spending for general state government.”

What do you think? Will the Vermont legislature be tempted to raid the marijuana fund again? Leave a comment below.