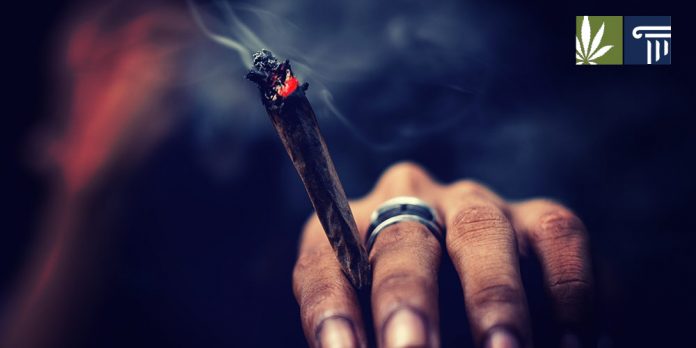 The Virginia House of Delegates and the Senate each approved legislation to decriminalize cannabis.

The House-approved bill was then sent to Senate Judiciary Committee, and the Senate-approved bill made its way to the House Court of Justice Committee. Lawmakers aimed to make amendments in order to synthesize the pieces of legislation into one bill to be put to a full floor vote.

While broadly similar, the two bills differ in more ways than just the size of the proposed fine. They contain varying provisions on issues such as the treatment of juveniles, law enforcement powers and possible expungement processes. The committees more or less reached a compromise on a number of points, with the Finance Committee charged with resolving any remaining contentious issues.

“Fortunately, the patrons were able to reach a consensus and move the bills forward,” said Jenn Michelle Pedini, executive director of Virginia NORML. “Virginians have waited long enough for this important step, one that will dramatically reduce both marijuana arrests and the collateral consequences that follow such charges.”

Optimism is running high that the Virginia Congress will soon vote to pass a cannabis decriminalization bill. Given that state county prosecutors have said they will not pursue low-level cannabis possession cases in their jurisdictions, it is getting harder for lawmakers to delay reform any longer. And with Gov. Ralph Northam’s support for the measure, it seems certain that Virginia will then soon become the 27th state in the US to enact legislation to decriminalize cannabis.

“We all know, whatever our views are on this bill, that prohibition on cannabis in this country has failed and in the Commonwealth as well,” said Sen. Adam Ebbin (D), the lead sponsor of the Senate bill.

Not all marijuana reform advocates were pleased with the progress of the cannabis decriminalization bills. The Virginia ACLU argued against both bills on the basis that they do not include social equity and restorative justice provisions. Pedini agreed the bills are “essentially a half-measure” and “will do nothing to address the disparate enforcement of marijuana laws across races,” but that this is all that is on the table for now.

“We’ve said that clearly for years now. That being said, the administration has prioritized decriminalization so our job is to make sure that that bill is as good as they will let it be,” Pedini said.

Attorney General Mark Herring agrees that decriminalization must only be the first step.

“Passing decriminalization in both the House and the Senate is a really important first step in the right direction on Virginia’s journey towards legal and regulated adult use, but this cannot be the end. We must keep going because the work is not done”

“For too long, Virginia’s approach to cannabis has needlessly saddled Virginians, especially African Americans and people of color, with criminal records but with these votes that is finally coming to an end. I want to thank my colleagues in both the House and the Senate for joining me in making this issue a priority and I look forward to seeing the progress we can make in the coming years.”

While Northam favors cannabis decriminalization, he is not so convinced by full marijuana legalization. Herring believes the governor is open to changing his mind though. This is what prompted him to organize a cannabis summit last year with speakers from legalized states sharing their experiences.

Even if the Attorney General can’t convince Northam to support broader cannabis reform, Herring may get a chance to put it on the agenda himself. The governor reaches his term-limit next year and Herring has made clear that he will run.