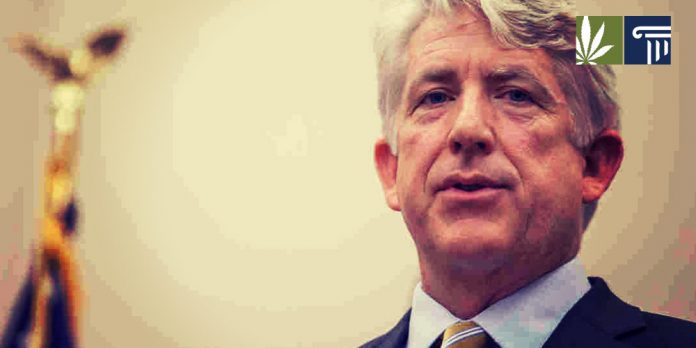 2020 could shape up to be a defining year for marijuana reform in Virginia, one of the country’s most conservative states when it comes to cannabis laws.

Attorney General Mark Herring said that pro-reform lawmakers must use the opportunity to take action in a state which recorded its highest number of marijuana possession arrests for 10 years in 2018 – almost 28,000.

“I’ve seen so many young people’s future opportunities limited by an arrest for possession of a small amount of marijuana,” said Herring. “Those convictions stay with you your entire life. They limit your future employment opportunities, education opportunities…even custody issues.”

A disproportionate amount of these arrests and convictions are made on Virginia’s black residents. They comprise 20 percent of the state’s population, but make up half of the total cannabis possession arrests.

This racial disparity in arrests and convictions was a key issue discussed at a cannabis reform conference convened by Attorney General Herring earlier this month.

The Virginia Cannabis Summit, held in Richmond, brought legal experts and state and law enforcement officials from Illinois and Colorado to share their experiences on marijuana reform with Virginia lawmakers, and develop a plan of action.

The chief of legislative affairs for Illinois Attorney General Kwame Raoul said that racial disparities in arrest rates acted as a catalyst for reform in Illinois, which became the 11th state to legalize marijuana earlier this year.

“In 2010, which was 2 years before Chicago decrim, over 33,000 arrests were made for marijuana possession, the highest in country,” said Wright. “Most were for 10 grams or less.”

“The war on drugs had a disproportionately negative effect on communities of color,” she added. “And if you’re going to go through legalizing marijuana, the conversation you have to have is, ‘How do you correct for that?’”

Doing so in Virginia will be especially hard given current marijuana laws. The state has only passed an extremely limited form of medical marijuana legislation, which was recently expanded by Gov. Ralph Northam, and resistance to comprehensive reform remains strong.

Gov. Northam stated that marijuana decriminalization is a priority for his administration, but efforts stalled in the Republican-controlled legislature. And while he has not yet put his weight behind full legalization, Democrat control of both houses makes decriminalization in 2020 a distinct possibility.

“The new majority creates a real pathway for the passage of decriminalization in the 2020 General Assembly,” said Jenn Michelle Pedini, executive director of Virginia NORML.

“[It] is a common sense approach to a policy supported by three out of four Virginians.”

Some lawmakers want to go further though. Del. Lee Carter introduced marijuana legalization legislation at the start of 2019 which went nowhere, but he remains convinced that taking a slow approach towards the issue is not an option for those on the receiving end of the state’s harsh drug laws.

“If we move cautiously and take baby steps, we’re going to allow ongoing harm to continue.” he said.