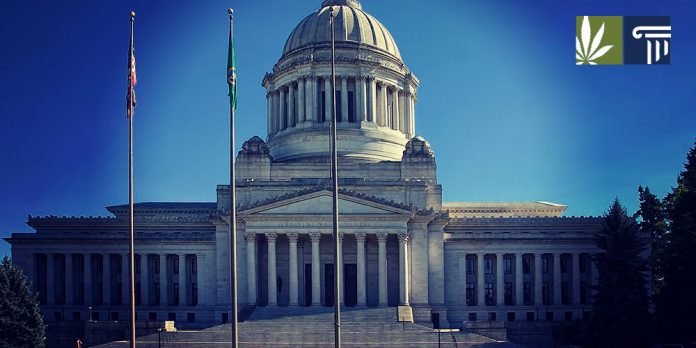 A bill to establish a social equity program in Washington’s marijuana industry was passed by state lawmakers and is now on its way to Gov. Jay Inslee’s desk for approval.

The Senate voted 28 to 20 in favor of the bill, HB 2870, with the House of Representatives approving the Senate-amended version in a 57 to 40 vote the following day.

If signed into law by Inslee, HB 2870 would create a task force charged with setting up Washington’s Marijuana Social Equity Program (MSEP). The program would be expected to run for eight years. Under this program, the Liquor and Cannabis Board (LCB) would be able to issue canceled, revoked, and forfeited marijuana business licenses to individuals and organizations from communities most harmed by cannabis prohibition.

The reduced application fee under the MSEP would be $250, while the licenses would cost $1,480. The bill defines eligible participants of the program as “individuals who have been arrested or incarcerated due to drug laws, and those who have resided in areas of high poverty, suffer long-lasting adverse consequences, including impacts to employment, business ownership, housing, health, and long term financial well-being.”

Eligibility also extends to the family and community members of those arrested or incarcerated because of cannabis laws.

Eight years after Washington voters approved a marijuana legalization ballot measure, Rick Garza, the agency director of the LCB, said the new bill – part of a proposed radical overhaul of the state’s marijuana laws – will provide sorely-needed opportunities for low-income communities of color who have not benefited from the 2012 vote.

“Initiative 502 missed an opportunity to incorporate a focus on social equity,” Garza said last month. “The history of cannabis prohibition shows abundant evidence there was disproportionate harm in communities of color, and that those harmful effects remain with us today.”

HB 2870 isn’t the first attempt to insert social equity considerations into Washington’s marijuana industry. One of the new bill’s cosponsors, Rep. Eric Pettigrew (D) previously drafted a bill aimed at providing low-interest loans to cannabis business owned by a person of color, but it stalled over provisions allowing out-of-state investment that some lawmakers believed would harm small businesses. Pettigrew then worked on HB 2870 alongside Paula Sardinas of the state’s Commission on African American Affairs.

While the measure is being heralded as a long-overdue reform of Washington’s marijuana laws, some advocates are wary of the LCB’s role in the social equity program. A recent review of the regulatory agency found it operated more like a law enforcement body and recommended it required a “culture change.”

“There’s a consequence to the toxic culture,” said Aaron Barfield of the advocacy organization Black Excellence in Cannabis. “And African Americans are the victims.”

To an extent, Sardinas agrees and says following the recommendations of LCB’s review should take priority.

“People are concerned that the LCB will hand them a license with the right hand and claw it back with the left,” Sardinas said.

Gov. Inslee, who launched an expedited program to expunge marijuana convictions in the state last year, is widely expected to sign off on the bill. If he does so, then the first social equity licenses would be issued by December 1, 2020.