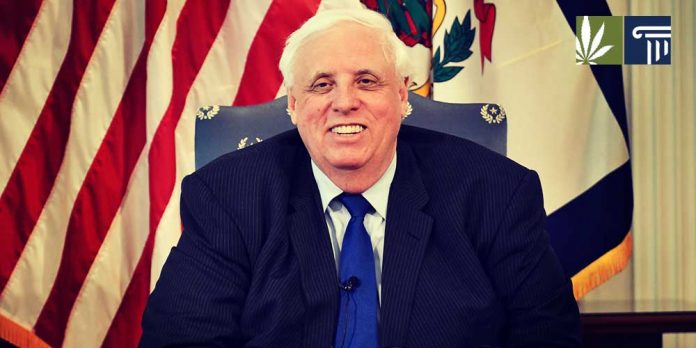 House Bill 2538 ensures that businesses adhere to federal law while managing the fees, penalties, and taxes collected in association with the state’s medical cannabis program.

The bill aims to alleviate the concerns of banks that they may face federal prosecution for handling the funds of marijuana businesses.

The move follows a recent legal opinion of West Virginia Attorney General Patrick Morrissey, who advised on certain measures states could take that would allow them to operate their medical marijuana program in spite of federal restrictions.

“It does not appear that any state has found a complete solution,” Morrisey wrote. “The most effective option for states seeking to facilitate access to banking services for cannabis-related entities may be to design implementing regulations in a way that makes it easier for banks to comply with current federal reporting obligations.”

Morrissey added, however, that the only durable solution to the problem will have to come from the federal government.

The new legislation, HB 2538, also creates the Medical Cannabis Program Fund, which will be responsible for the collecting and sending of those funds as stipulated by the West Virginia Medical Cannabis Act.

At the signing of the bill into law, Justice reiterated his support of expanding access to medical marijuana to those in need.

“I always have, and I always will fully support medical cannabis for our people who are in so much pain that their physicians deem it absolutely necessary,” Justice said.

He also once again made his opposition to recreational marijuana clear, as he did during the State of the State address earlier this year.

“I will say, adamantly, I am 100 percent against recreational marijuana. But we have a lot of people and families out there who are truly hurting and if medical cannabis can help, we need to do everything we can to make life better for those West Virginians,” he added.

One of the co-sponsors of the bill, Mike Pushkin (D-Kanawha), said it was a positive step for the fledgling medical marijuana industry in West Virginia.

“I think that if we allow different types of entities to act as a depository, then we are more likely to find somebody to step up and do that business,” he said.

HB 2538 established a further fund, the Treasurer’s Medical Cannabis Fund, which enables the state treasurer to charge fees for banking services provided under the Medical Cannabis Act, such as for expenses incurred, and oversight and compliance costs.

Gov. Justice’s bill signing is the latest step in a long journey of getting medical marijuana to market in West Virginia since the state voted to legalize in 2017. The most recent start date of July 1, 2019, for when medical marijuana products will be available looks likely to be missed.