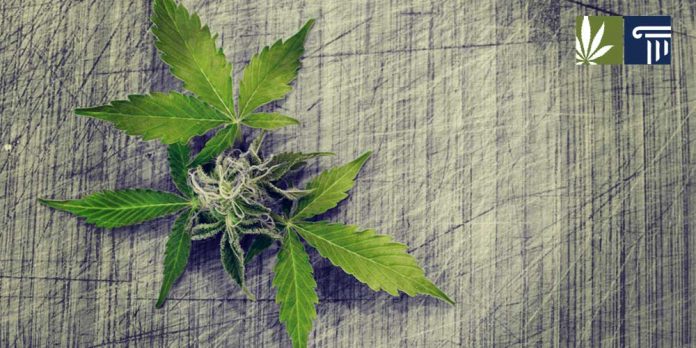 At the end of 2018, Delegate Shawn Fluharty (D-WV) proposed a novel reason to legalize adult use in West Virginia, where he was instrumental in securing passage of a medical cannabis bill in 2017. He said: “West Virginia coal will power cannabis. Legalization will put our workers back to work–not just in the cannabis industry but the coal industry.”

Fluharty visited Colorado in 2017 to investigate its marijuana industry, and he noted how indoor grows require significant amounts of electricity for lighting, ventilation, and temperature regulation. As reported in The Intelligencer, his question was: “What is powering the cannabis industry in Colorado? Wyoming coal. West Virginia coal will power cannabis” in West Virginia. By Fluharty’s estimate, the cannabis industry consumes about 2% of Colorado’s electricity. If adult use—and grows in particular—were legalized in West Virginia, it might be expected to consume a roughly similar percentage. The U.S. Energy Information Agency reports that “Coal-fired electric power plants accounted for 93% of West Virginia’s net electricity generation in 2017.” Fluharty’s call for coal to power a new state industry that may consume 2% of the state’s power, when 93% is already provided by coal, may thus seem more of a rhetorical than policy-changing proposal. There are no reports that Fluharty’s coal-fired grow proposal has been seconded by other politicians.

Fluharty is not alone, however, in supporting legalization. In 2018, Del. Sean Hornbuckle (D) introduced H.B. 3035, a bill to “legalize the manufacture, sale and possession of marijuana and establish a regulatory program for growing, selling and testing of marijuana sold in West Virginia.” It would have allowed those 21 and over to use and cultivate in limited amounts, established a licensing scheme for businesses, and allowed local governments to regulate and tax them. And this year, Sen. Richard N. Ojeda II (D) has introduced S.B. 143, which would reduce the “criminal penalties and the criminalization of marijuana.” Democrats are in the minority in both houses, however, and they have not voiced support for adult use legalization. Last year, for example, Senate President Mitch Carmichael said: “I don’t see us expanding to recreational or legalization in any way, shape or form.” House Speaker Roger Hanshaw, for his part, accepted an opinion of the state’s attorney general that the new medical program was at risk for being in violation of federal law.

One potential explanation for Fluharty’s call for coal to power recreational marijuana grows is that coal is popular in West Virginia and enjoys considerable political support. Similarly, any cause that helps veterans is likely to receive support, and medical legalization received support in the state in part because cannabis has been found useful in treating PTSD and chronic pain, two conditions that often afflict veterans. Opioid abuse, including by veterans in treatment for chronic pain, is a severe problem in West Virginia, and studies have shown that many opioid users are able to reduce or eliminate their use with the help of medical cannabis. Fluharty argued on the House floor on behalf of medical cannabis as a treatment for veterans, pointing out that opioid abuse kills many people in West Virginia, while marijuana does not.

Medical legalization has been approved, but there have been many reports of legislators and regulators finding ways to amend or delay the medical program, with the result that it has yet to be implemented. If the resistance to implementing medical cannabis is any sign, recreational cannabis legalization faces an uphill battle in West Virginia’s legislature in 2019, even if coal powers the grow lights.

What do you think? Will recreational cannabis be legalized in West Virginia? Will the state’s medical program get going in 2019? Leave a comment below.