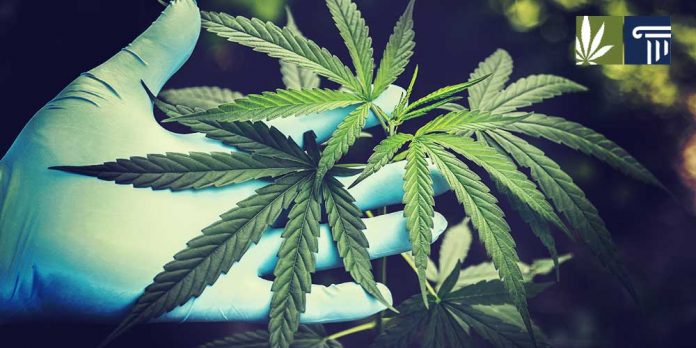 Latta, director of the National Organization for the Reform of Marijuana Laws (NORML) Wyoming chapter, believes that hemp “is the best possibility for diversity” for the state.

“We were trying to get the powers that be interested, to have a little vision that there might be something different to look at other than energy,” he said. “That’s been a very hard sell.”

But the two advocates are excited for new federal and state legislation, such as House Bill 171, which could advance agricultural production of hemp and hemp-derived products and have a positive impact on a local economy that lacks diversity. But Latta doesn’t suggest that it’s a fix for all of Wyoming’s economic problems.

“I just think it has enough potential that we at least ought to be looking at it,” he said. “The future is certainly gray because we don’t know where Wyoming’s going, but on the other hand, the future is very bright.”

Fortner and Latta see “unlimited” potential of hemp, one of the varieties of cannabis sativa L, which can be applied in the production of sugar, oil, synthetics alternatives and construction materials.

Campbell County’s climate is optimal for growing hemp, which is hardy and ready for harvest in only four months.

“Even if you harvest hemp and do nothing except chop it up and make animal feed out of it, it’s four times better for cattle than hay,” according to Latta.

For him, the economic benefits of hemp are obvious, but it’s been difficult to convince others to embrace the idea. Together with Fortner, they have spent the last few years informing the public on hemp, steadily succeeding in changing perceptions.

The 2018 Farm Bill legalized industrial hemp production at the federal level and removed the plant from the Controlled Substances Act of 1970, which classified it as a Schedule I substance, along with heroin, LSD and ecstasy.

Latta pointed out that state lawmakers refused to have anything to do with hemp for years. But this year, the House unanimously approved House Bill 171 and the Senate passed it in a 26-3 vote. The bill, sponsored by Rep. Bunky Loucks (R-Casper), legalized the growth of hemp and the production and sale of hemp products.

Latta said that the Wyoming law enforcement had for years “been very much against it, simply because it looks like marijuana,” but have also “come a long way.”

“They did not oppose [the bill this year]. That’s a huge, huge step for Wyoming.”

Gov. Mark Gordon is also open to discussing the future of hemp.

“He’s willing to talk about any kind of thing that may have an option to diversify the economy,” Latta said.

Wyoming is still finalizing regulations before seeds can be planted. The proposed regulations stipulate that hemp can contain up to 0.3 percent THC to be legal. If it exceeds this level, the crop will be destroyed.

Though happy to see progress, Fortner believes that “we should’ve started a long time ago.”

While Wyoming still drags behind other states like North Dakota and Kentucky, Fortner is hopeful about the state’s potential to become the base for the hemp processing and milling industry, as “nobody in the U.S. has taken that on yet.”

He is confident that even those most opposed to hemp will come around in a few years.

“When it starts making money, they’ll come on board,” he said.